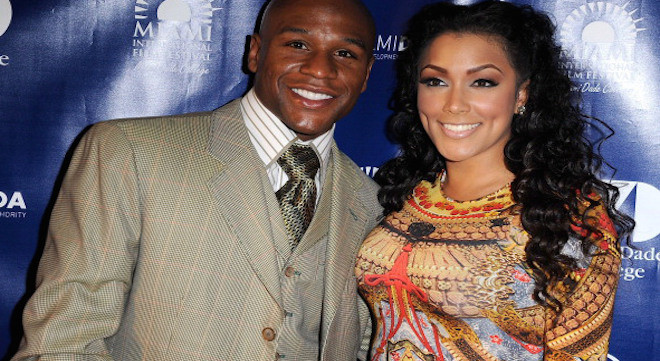 Floyd Mayweather has filed new papers in his legal battle against ex-fiancee Shantel Jackson, in part claiming he did not violate her right to privacy by discussing her abortion in detail on social media … because their relationship was already in the public eye, reports TMZ.

Jackson sued the boxer earlier this year for assault, battery, defamation, invasion of privacy and more.

Floyd is trying to get the several claims dismissed. In new legal documents, he focused on her claim that he violated her right to privacy. His intro is vintage Mayweather:
“At age 37 I am an undefeated boxer. I have been the world champion in five different weight divisions.”

According to TMZ, he goes on to explain that when he met Jackson, “she asked me to help her become famous,” and stated that her only claim to fame was appearing in 7 music videos.

Mayweather says he used his celebrity to give her some press. He says they became so famous, people were interested in every aspect of their relationship, including the breakup…which is why Floyd says he went to social media earlier this year and told the world he ended things with Shantel because she had an abortion behind his back.

“Both parties are public figures. Abortion is a public issue,” Mayweather states in his filing.

Mayweather wants the suit thrown out. A judge has yet to rule.