‘Mary Mary’ Drama: Is Any One Person To Blame When A Marriage is In Trouble?
POSTED BY WLAS March 12th, 2014 0 COMMENTS 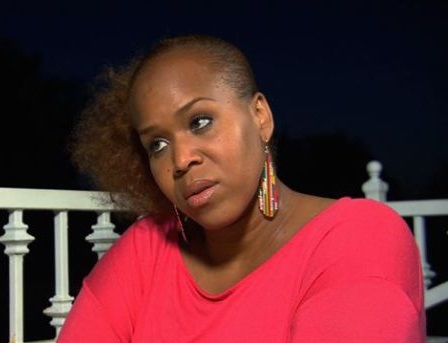 On the third season of the popular WEtv Mary Mary reality show, singer Tina Campbell found out some surprising news about her husband Teddy. Despite four kids, while she was on the road touring with her sister, he was also touring….other women’s beds. When Tina found out, she was understandably upset, and it plays out ugly with cameras rolling this season.

But viewers were even more surprised when Tina, in an interview with Ebony magazine, said that she took the blame for her husband’s infidelity. In the article, she admitted to being so angry she tried to stab her wayward husband but in the end said that she had to take a hard look at herself and how she may have contributed to his infidelity by not being as present as she should have been.

“I, Tina, assume full responsibility for the issues that I contributed to the relationship. I was controlling, talked too much. And you can never be heard over me because when I wanna talk I got the floor and ain’t nobody gonna get it from me until I give it up. Real talk. That was the way it was and I have to work on myself. You know what I mean? I was selfish. When we started having children it’s like, I forget that I have a responsibility as a wife. And I’m questioning you like, ‘Really, what you want me to do? I gotta baby!’

Campbell went on to say that she had a way of making her husband feel “small” at times and that that disconnect contributed to the problems in their relationship. While I applaud Tina’s taking a hard look at herself and the problems she contributed to her marriage, I take issue with the blame she heaps on herself for her husband’s cheating. As she finds out, Teddy cheated with numerous other women while Tina was on the road.

As a grown man, father and husband, Teddy must take responsibility for his actions as well. Too often the brunt of keeping a relationship alive and healthy is unfairly placed on the woman. Nowhere does Tina say that her husband asked her to go to pastoral counseling to work out any issues they had, nor does she says she rebuffed any efforts he may have made to work through their problems.

Teddy chose to resolve the feelings he may have been harboring with other women, thus denying his wife any recourse in changing the behavior he disliked. When infidelity happens, the wife and the mistress are usually blamed – the wife isn’t doing enough and the mistress is viewed as a whore or seductress who led an unsuspecting male into bad behavior.

I call B.S. A man who decides to resolve or bury problems in his marriage with other women is making a conscious choice to handle things in that way. While men often have difficulty expressing themselves and communication can break down between partners making it hard to find resolution, using infidelity as an alarm to indicate unresolved issues is unfair to all involved. And that choice lies solely on the cheating partner.

Tina is wise to work on herself because it does take a hard look on both sides to ultimately heal a marriage. But by letting Teddy walk away virtually unscathed and taking him back, it’s hard to tell if he’s also learned his lesson.

Though the entire story has yet to be revealed on the reality show (and who knows how much of its really being aired) we have to say that in real life, if not reel life, every adult is accountable for their actions and the consequences of them.

If we don’t make men responsible for their share of the heavy lifting that is sometimes required in a life partnership, then we leave ourselves and our relationships open for more problems.

What’s your take? Can any one person be held responsible for major issues in a relationship or marriage?