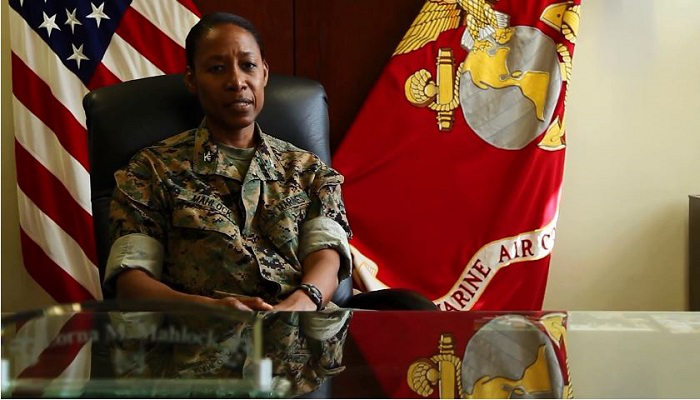 Secretary of Defense James Mattis made the announcement from the President on April 10 according to ABC News.

Mahlock is currently serving as the deputy director of operations, plans, policies, and operations directorate at the Marine Corps’ headquarters located in Washington, D.C. Previously she served in Okinawa, Japan as a commanding officer in charge of 1,300 troops and civil personnel according to Newsone. 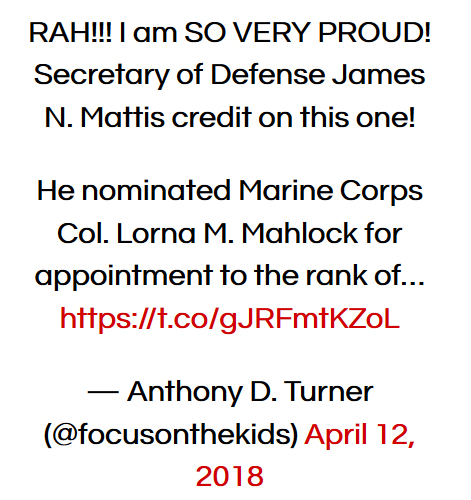 Mahlock is a graduate of the 1991 class of Marquette University with a bachelor in broadcast journalism and masters degree from the University of Oklahoma in adult and higher education. She also earned a masters from the U.S. Army War College and the Naval War College.

The Marine Corps appointed its first female infantry officer last year who was also the first female to complete training for a military occupational specialty. A position first offered to women in April in 2016.