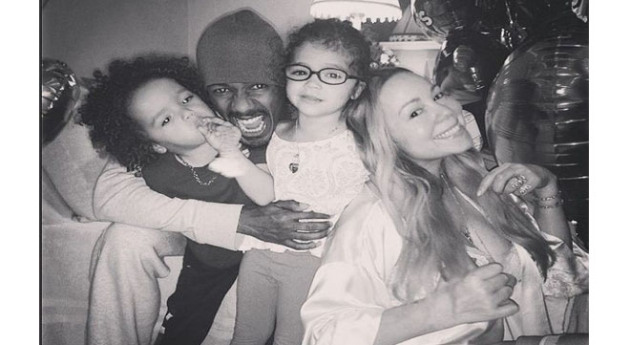 All the time he was married to Mariah Carey, Nick Cannon was dogged for being on a short leash and had to put up with being called “Mr. Mariah Carey” ’cause she was the one in charge.

Of course Mariah is 11 years his senior and much, much richer so it wasn’t much of a stretch to buy into the perception. Well maybe it wasn’t a perception, but reality ’cause now we’re hearing that Mariah has put the brakes on poor Nick as far as him being able to talk about their pending divorce. If he does, there will be consequences. Yep, we’re talking monetary consequences.

TMZ (who else?) is reporting that Nick and Mariah’s lawyers came up with a confidentiality agreement as part of their divorce, but unfortunately for Nick, it’s completely one-sided. (You get one guess as to who it favors.)

Specifically, Nick is barred from saying anything about the split. If he does, there are severe financial penalties. But Mariah has the right under the agreement to announce the split on her terms.

Nick is clearly following orders … check out the video from NYC Thursday — he zipped it.

Nick is allowed to say they’re now living separately … which he’s already done. But he cannot say anything about the divorce.

As has been reported, the union between Nick and Mariah is over. The property settlement and child custody details have already been settled. So yes, the divorce is definitely a “done deal.”