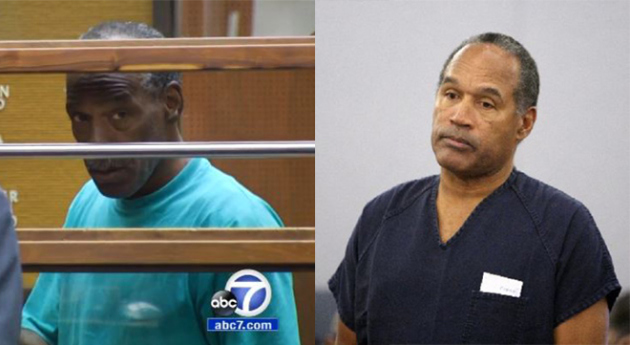 A man caught redhanded with O.J. Simpson’s Heisman Trophy, which disappeared from the University of Southern California in 1994, has been charged with receiving stolen property, Los Angeles prosecutors said on Wednesday.

A rep for the Los Angeles County District Attorney’s Office said Lewis Eugene Sparks, 56, was not accused of stealing the hardware but had kept it for two decades since the theft.

He was taken into custody on Monday.

The Heisman, college football’s top award, was given to Simpson in 1968 after for his talent as a USC running back. It was stolen from Heritage Hall on the USC campus along with Simpson’s USC jersey and a plaque on July 28, 1994, weeks after the former player was arrested and charged in the murder of his ex-wife and her friend.

The Heisman was missing for more than 20 years until it was recovered by Los Angeles police in December. No arrests were made at the time.

Sparks faces up to six years in prison if he is convicted. Prosecutors said he had a prior conviction for burglary.