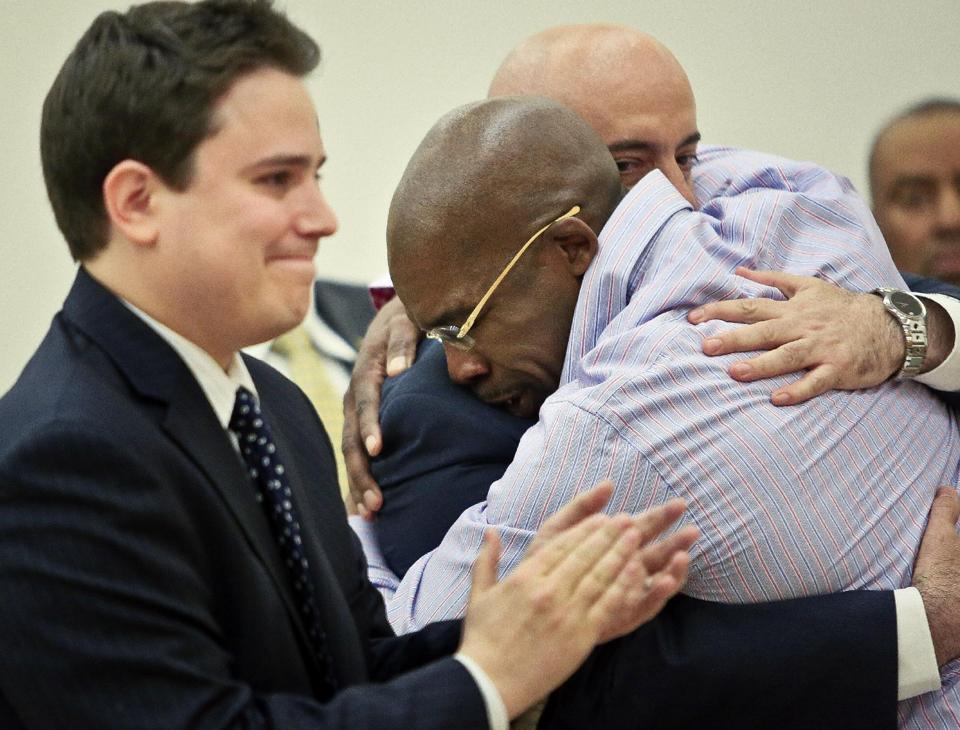 NEW YORK (AP) — From the day of his 1989 arrest in a deadly New York City shooting, Jonathan Fleming said he had been more than 1,000 miles away, on a vacation at Disney World. Despite having documents to back him up, he was convicted of murder.

Prosecutors now agree with him, and Fleming left a Brooklyn court as a free man Tuesday after spending nearly a quarter-century behind bars.

Fleming, now 51, tearfully hugged his lawyers as relatives cheered, “Thank you, God!” after a judge dismissed the case. A key witness had recanted, newly found witnesses implicated someone else and prosecutors’ review of authorities’ files turned up documents supporting Fleming’s alibi.

“After 25 years, come hug your mother,” Patricia Fleming said, and her only child did.

“I feel wonderful,” he said afterward. “I’ve always had faith. I knew that this day would come someday.”

The exoneration, first reported by the Daily News, comes amid scrutiny of Brooklyn prosecutors’ process for reviewing questionable convictions, scrutiny that comes partly from the new district attorney, Kenneth Thompson. He said in a statement that after a monthslong review, he decided to drop the case against Fleming because of “key alibi facts that place Fleming in Florida at the time of the murder.” 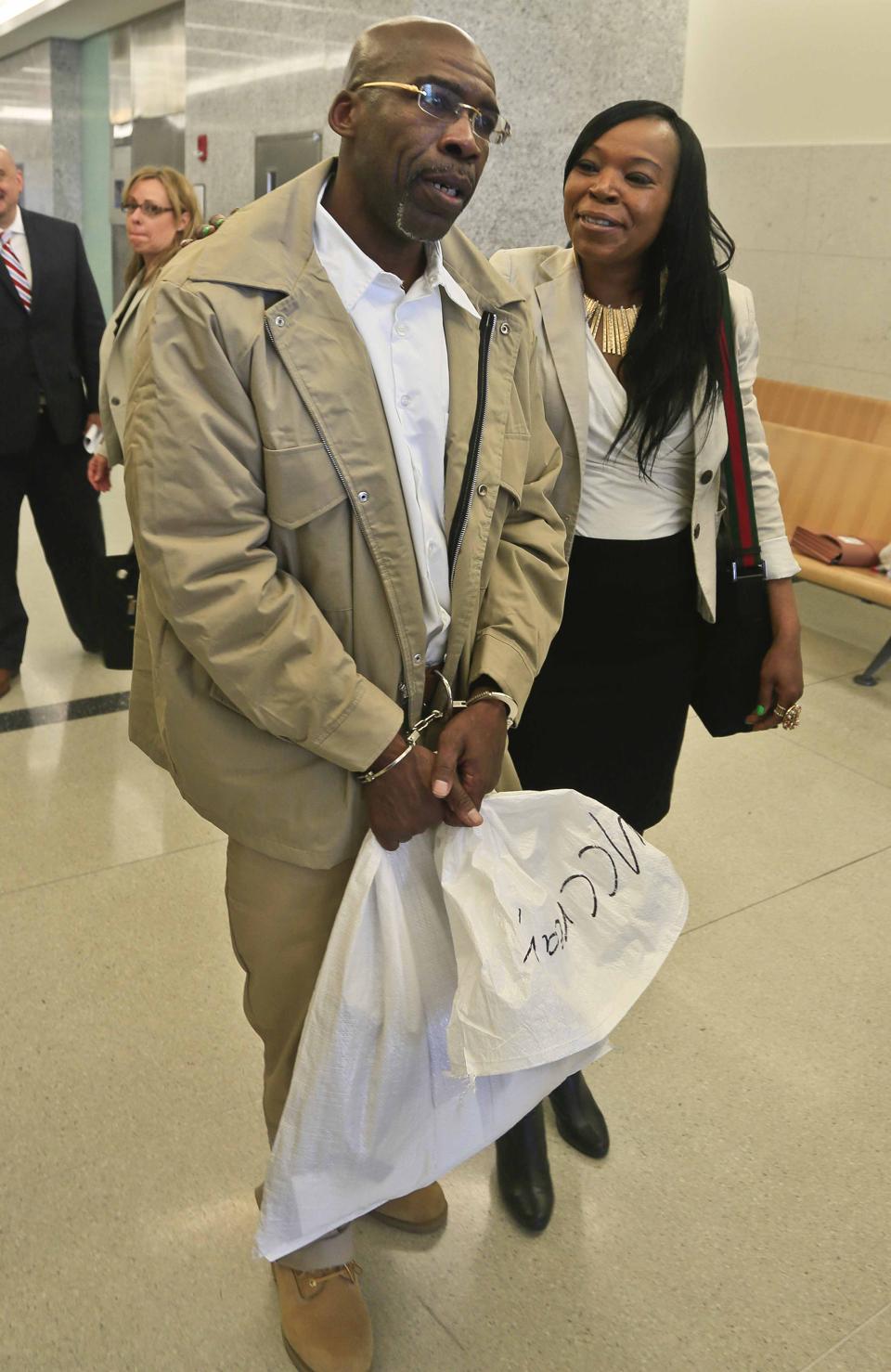 From the start, Fleming told authorities he had been in Orlando when a friend, Darryl “Black” Rush, was shot to death in Brooklyn early on Aug. 15, 1989. Authorities suggested the shooting was motivated by a dispute over money.

Fleming had plane tickets, videos and postcards from his trip, said his lawyers, Anthony Mayol and Taylor Koss. But prosecutors at the time suggested he could have made a quick round-trip plane jaunt to be in New York, and a woman testified that she had seen him shoot Rush. He was sentenced to 25 years to life in prison and was due to have his first parole hearing soon.

The witness recanted her testimony soon after Fleming’s 1990 conviction, saying she had lied so police would cut her loose for an unrelated arrest, but Fleming lost his appeals.

The defense asked the district attorney’s office to review the case last year.

Defense investigators found previously untapped witnesses who pointed to someone else as the gunman, the attorneys said, declining to give the witnesses’ or potential suspect’s names before prosecutors look into them. The district attorney’s office declined to comment on its investigative plans.

Prosecutors’ review produced a hotel receipt that Fleming paid in Florida about five hours before the shooting — a document that police evidently had found in Fleming’s pocket when they arrested him. Prosecutors also found an October 1989 Orlando police letter to New York detectives, saying some employees at an Orlando hotel had told investigators they remembered Fleming.

Neither the receipt nor the police letter had been provided to Fleming’s initial defense lawyer, despite rules that generally require investigators to turn over possibly exculpatory material.

Patricia Fleming, 71, was with her son in Orlando at the time of the crime and testified at his trial.

“I knew he didn’t do it, because I was there,” she said. “When they gave my son 25 to life, I thought I would die in that courtroom.”

Still, she said, “I never did give up, because I knew he was innocent.”

Thompson took office in January, after unseating longtime District Attorney Charles “Joe” Hynes with a campaign that focused partly on questionable convictions on Hynes’ watch. Hynes had created a special conviction integrity unit to review false-conviction claims, but some saw the effort as slow-moving and defensive. 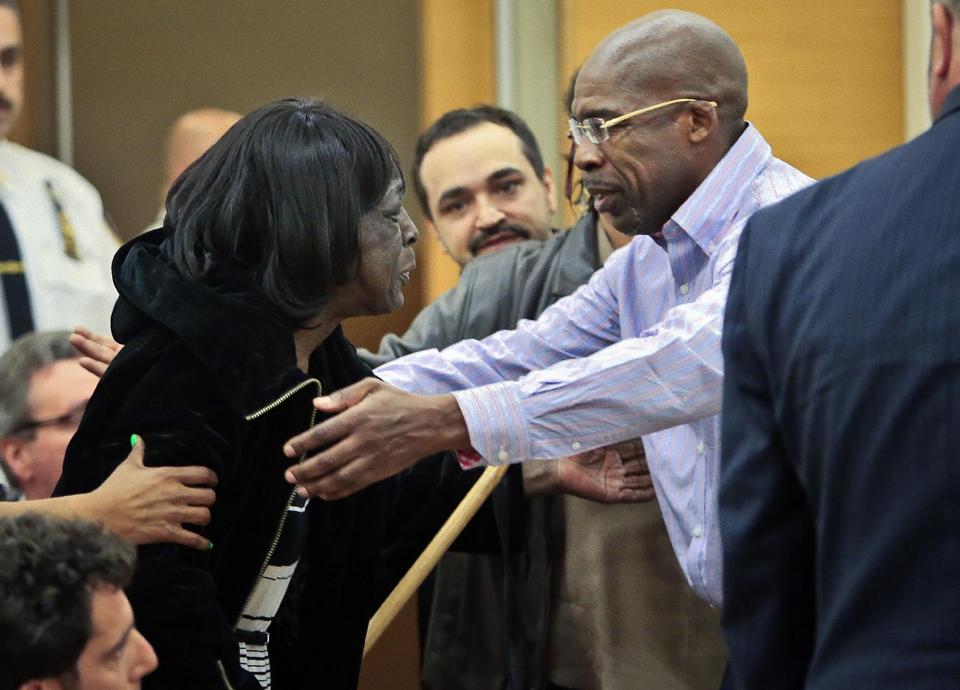 On Tuesday, Jonathan Fleming left court with an arm around his mother’s shoulders and the process of rebuilding his life ahead of him.

Asked about his plans, he said: “I’m going to go eat dinner with my mother and my family, and I’m going to live the rest of my life.”