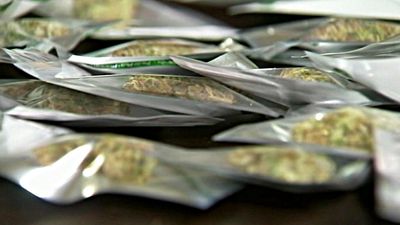 The same cards the government provides for low-income people are being used to buy medical marijuana.

The Electronic Benefits Cards, which look and work similar to debit cards, are supposed to be used for food and to care for children. But some medical marijuana cooperatives are accepting the cards. A bill is in the works to ban marijuana purchases with EBT cards.

Tim Miller said he supports the bill. “That makes sense to me, to make sure that the babies are getting fed first, which is the whole point I think, right?” said Miller. But another Seattle resident disagreed. “If it’s for medical purposes for the adults who have EBT, that doesn’t seem so unreasonable,” said Joshua Newman.

KIRO 7 Eyewitness News spoke to the manager of Seattle MMJ Co-op, Chris McDoniel, about the issue. “This is the first I’ve heard of it. I think it’s a bad idea and I probably wouldn’t accept them here. They’re for food. They’re for taking care of your kids, not for your medication,” said McDoniel.

In 2011, Washington state passed a law prohibiting purchases of tattoos, body piercings, alcohol or tobacco with EBT cards. Cards were also banned from bars, strip clubs and casinos. The new bill would add marijuana to that list and would force stores that sell alcohol to reconfigure ATMs so EBT cards can’t be used there.

Non-qualifying items are automatically separated during checkout at stores. “You get an EBT total and then you get a cash total,” said Mike Duke of Grocery Outlet. But some families can withdraw cash with their EBT card, money that is supposed to go toward the care of children. Opponents of the bill said the ATM changes would make it hard for some to access benefits, and what people do with cash cannot be controlled.

Supporters of the bill have a different view. “You can’t ever control people’s behavior. You can just make legislation,” said Miller. If Senate bill 5279 passes, the new law would go into effect in 90 days.