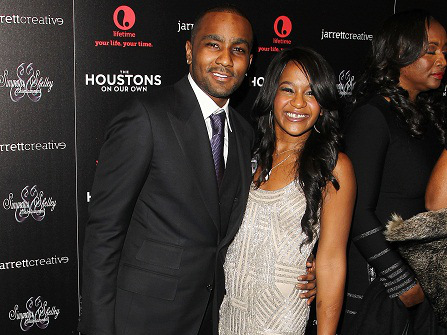 The investigation of Bobbi Kristina Brown’s boyfriend Nick Gordon apparently resulted after authorities found injuries to the face of Bobby Brown and Whitney Houston’s daughter before they found her submerged in a bathtub.

According to TMZ.com, certain injuries raised a flag for the Roswell, Ga. Police department, which ended up taking a closer look at Brown’s situation. WSB-TV in Atlanta spoke to sources close to the investigation, which revealed that the marks found were on Brown’s face … and more specifically, her mouth.

News of Bobbi Kristina’s facial injuries comes as friends of hers and Gordon’s admitted to the couple having a violent relationship.

Sources close to Brown and Gordon say the fights between the couple, which sometimes resulted in domestic violence, stemmed from Gordon’s jealousy of Whitney Houston and Bobby Brown’s daughter’s fame. According to the sources, Gordon felt that he was also Houston’s child in light of him growing up with Brown. As a result, he couldn’t understand why folks focused more on Brown than him.

An example of this can be found recently when the couple tried to get their own TV show. The sources mention that Gordon and Brown ultimately turned the project down when Gordon wasn’t offered the same deal as Brown.

Knowing their history of sometimes getting violent, sources close to the pair also told TMZ they are not surprised by what’s going on with Bobbi Kristina and Nick Gordon.

Brown family sources tell us Bobby has finally made the decision [to end life support], realizing there is no hope for his 21-year-old daughter to recover.

A source connected with Houston’s family told TMZ on Sunday. Cissy Houston, Whitney’s mom, also wanted life support pulled on the anniversary to “bond mother and daughter for eternity.” We have not confirmed this, but the NY Post ran the story this AM.