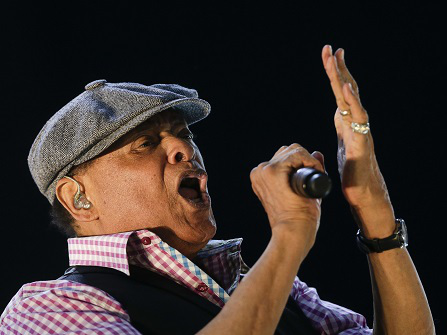 LOS ANGELES (AP) — Grammy-winning jazz singer Al Jarreau has died in a Los Angeles hospital just days after announcing his retirement from touring due to exhaustion.

Jarreau was hospitalized earlier in the week and was said to have been improving slowly.

The Wisconsin native has won seven Grammys over a 50-year career. His biggest single was 1981’s “We’re in This Love Together.” Jarreau was a vocalist on the all-star 1985 track, “We Are the World,” and sang the theme to TV’s “Moonlighting.”

He is one of the few artists to have won Grammys in three separate categories — jazz, pop and R&B.

Jarreau is survived by his wife, Susan, and a son, Ryan.