LeBron James Returns to Cleveland Better Than Ever in Sequel to “The Decision”
POSTED BY WLAS July 12th, 2014 0 COMMENTS 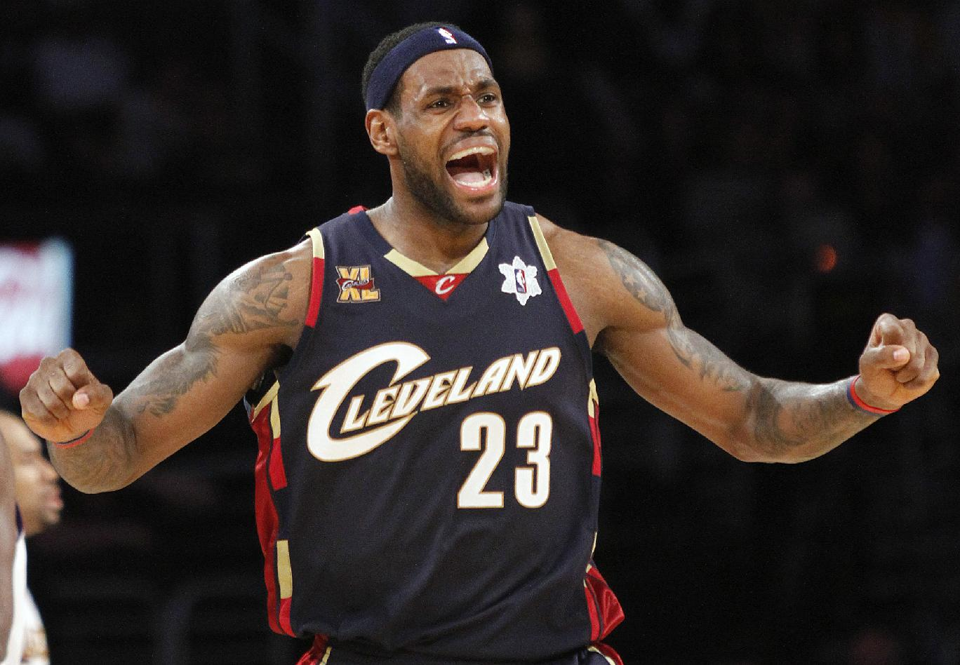 A year after the departure, when LeBron James lost in his first NBA Finals with the Miami Heat – and Cleveland rejoiced – he responded with his own arrogance and anger.

“All the people that [were] rooting on me to fail, at the end of the day they have to wake up tomorrow and have the same life that they had before they woke up today,” LeBron said back in 2011.

That was then. This is the Return of the Prodigal Son.

For Cleveland, the sequel (Decision II) was vastly more pleasing than the original, with LeBron James, the Chosen One from down the road in Akron, announcing Friday that he would leave Miami and take his talents back to the Cavaliers.

It is a move that seemed beyond anyone’s wildest imagination four years ago, when everything was toxic.

James is back looking to do what he once promised, deliver a championship to a region, his region, that hasn’t seen a major professional title since the pre-Super Bowl, 1964 Browns, meaning you have to be in your late 50s to even possibly remember it.

The LeBron they get is better than the LeBron they once lost, and as painful as his fleeing to South Beach was, it very well may have been necessary.

James was shocked at the reaction in 2010, not expecting the vitriol and viciousness. It was a naïve take on the predictable. He saw the decision to take another job in another town as part of the American Way, a freedom granted in the contract he’d signed and honored.

In a vacuum, this was all justifiable and understandable. LeBron knew, or should’ve known though, he doesn’t operate in a vacuum and hasn’t since he was 15, 16 years old, was dubbed “King” as a high school player. Officials had to ban his St. Mary-St. Vincent High classmates from begging for autographs. Three shoe companies bid tens of millions on him before his senior prom. When he started driving a Hummer as a senior, it brought speculation and investigation.

Nothing is normal for him. He was doomed the moment he and his inexperienced management team were sold on a made-for-television kick in the stomach to Cleveland by the Hollywood agent that “Entourage’s” Ari was based on. It was a concept born of someone clueless on how the emotions of fans operate.

Soon it wasn’t just Cleveland that hated LeBron, it was almost everyone. He was booed across the league, mocked when he didn’t win, heckled, to his surprise, even in towns where he’d never contemplated signing. He was so despised that he made Kobe Bryant and Kevin Garnett into loveable figures. He pumped up TV ratings by drawing in people who watched to see him hopefully lose.

Yet Miami taught him plenty. Humility was one thing. He slowly allowed the real LeBron to emerge, a likable, if unworldly star who has never been in trouble, never really done anything all that wrong. He’s mostly a homebody, a family man, a guy who wants to be liked. And a hell of a talent.

He became a better player, of course, with greater efficiency and understanding on how to impact a game beyond scoring. He needed the protection of Dwyane Wade, an undeniable alpha dog and already a Miami legend, because James wasn’t ready at age 25 to do it alone. If that’s his greatest basketball sin, so be it.

He also needed to have the ethos of the Heat franchise instilled in him. For all the assumptions about the glitz and glamour of South Beach, of the late-arriving, early leaving bandwagon fans, of the vapid materialism of the local elites, the organization is built on Pat Riley ruthlessness.

He instilled a culture of toughness, of commitment, of sacrifice, built on the backs of Dwyane and Shaq and Alonzo, all the way down to a workaholic support staff that could drive themselves into head coaching positions a la Erik Spoelstra. The “bought-not-built” criticism of the Heat never fully understood the incomparable foundation that was necessary to draw the star players in.

When he first lost in Miami he wallowed in near depression, struggling to leave home out of embarrassment and desperation. When the Heat fell short again this June, he instead determined he was ready to step out, walk home and take on the ultimate burden – undeniable mega-star coming to Cleveland’s rescue, title or bust, bring it on.

He once needed a place to breathe. Now he’s ready to suck up all the oxygen. He will be, now, one of the most popular athletes ever, the quest for Cleveland such a perfect parable. He’ll be hard to root against.

The Decision II suggests not a single bit of hesitation in LeBron’s thinking, no fear over the burden or task ahead.

It’s not easy leaving Riley, who, across 45 years in the NBA – from playing with Wilt Chamberlain on the ’72 Lakers that won 33 straight games, to coaching the Showtime Lakers, to being the brains behind the creation of the blue-collar, bloody-knuckle Knicks and Heat of the 1990s, to finally this last run – has transcended the generations with an ease like no other.

Riley was convinced LeBron wouldn’t go, sources said, confident as always in the plan to keep him, the plan to play keep-away, the idea he could again sell James on a championship future and a legacy fit for an all-time great if he just stayed.

His great Lakers, Riley reminded, didn’t win nine titles in nine seasons, just four. Parts changed. Trades were made. The Celtics won just three in the 1980s, the Bulls just six in 1990s. The Spurs are at five across a 16-year swath of time.

No one, no matter how successful, wins every time. Even the greatest morphed and moved as needed, rebuilt and re-buckled on the fly. That’s where LeBron’s Heat are, Riley said.

This is the NBA, Riley tried to impart on James. This is how it works. It’s not kid stuff. It’s not about a boy’s old playground plan. Stay and fight, stay and win like Magic did in L.A., like Larry did in Boston, like Michael and Tim did in Chicago and South Texas, respectively.

In Miami you walk with the men, you follow the path of the legends. In Cleveland, who the heck knows?

In Cleveland, indeed, who knows? There are no guarantees. There is no ready-made, sure-fire champion. There’s a new coach. There are young players. There’s no Riley, no Dwyane, no proven blueprint to scrap up that cutthroat mountain.

What there is, though, is a better LeBron. A LeBron who knows the way, a LeBron who knows what it takes, a LeBron capable of looking beyond all the past hate and laughing it off, understanding it wouldn’t be Cleveland any other way.

A LeBron who believes he’s enough to change what he once couldn’t.

Past grudges are gone. Old dreams are revived. A new future is at hand.

Four years later and LeBron James is headed home, all in for a title, all out for Cleveland &NDASH all grown now, it seems, in every imaginable way.