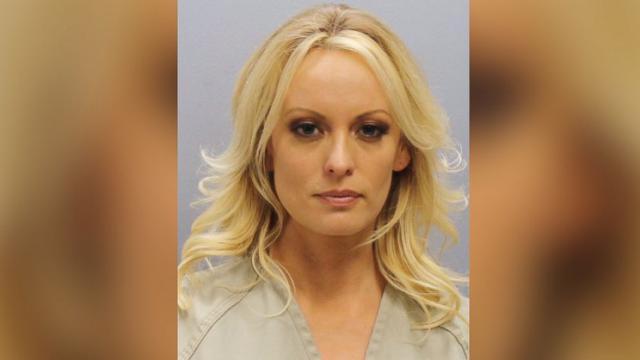 While Daniels was performing Wednesday night at Sirens, a strip club in Columbus, some patrons touched her in a “non-sexual” way, her lawyer, Michael Avenatti, told The Associated Press.

An Ohio law known as the Community Defense Act prohibits anyone who isn’t a family member to touch a nude or semi-nude dancer.

Daniels, whose real name is Stephanie Clifford, was in police custody early Thursday morning and was expected to face a misdemeanor charge, Avenatti said.

“This was a complete set up,” he said. “It’s absurd that law enforcement resources are being spent to conduct a sting operation related to customers touching performers in a strip club in a non-sexual manner.”

A Columbus police spokeswoman didn’t immediately respond to a message seeking comment. A person who answered the phone at the strip club declined to comment.

Daniels has said she had sex with President Donald Trump in 2006, when he was married, which Trump has denied. She’s suing Trump and his former longtime personal attorney, Michael Cohen, and seeking to invalidate a nondisclosure agreement that she signed days before the 2016 presidential election.