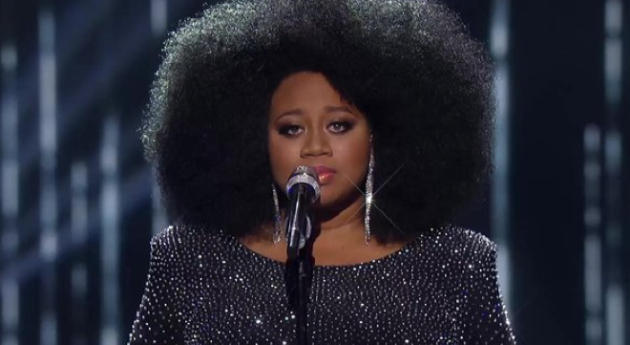 American Idol runner-up and Mississippi native La’Porsha Renae has made headlines for referring to homosexuality as a “lifestyle” that she “doesn’t agree” with.

During an April 8 conference call with reporters, the 22-year-old singer, who lost to Trent Harmon on the final season of “Idol,” was asked for her thoughts on Mississippi’s controversial House Bill 1523, which allows people with faith-based objections to deny wedding services to same-sex couples.

Renae said she hadn’t heard about the so-called Religious Liberty bill, which Gov. Phil Bryant signed into law on April 5. She said she was planning to leave the state anyway to “start over” with her daughter, Nayalee Keya.

She also went on to say, “Although all of us may not agree with that particular lifestyle for religious reasons, whatever the reason is, you still treat each other with respect. Everybody is a human being. We should be able to coexist with one another.”

She continued: “I am one of the people who don’t really agree with that lifestyle. I wasn’t brought up that way. It wasn’t how I was raised.”

Renae said she has “a lot of friends and a lot of people that I love dearly who are gay and homosexual and they’re such sweet, nice people.” She added, “We should just respect each other’s differences and opinions and move on.”

Renae’s remarks set off scores of angry responses on social media. She responded to the backlash with a tweet: