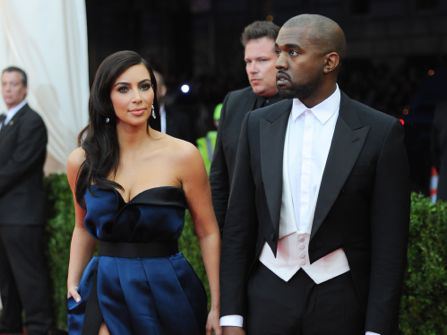 It’s official: the Hollywood lovebirds are now man and wife!

It’s been a long time coming for Kim Kardashian and Kanye West but the two star-crossed lovers finally got married Saturday at the 16th century Belvedere Fort in Florence, Italy as their daughter North West and star-studded guest list looked on.

According to reports, the lavish ceremony was performed by Rich Wilkerson Jr., a pastor from North Miami, and Bruce Jenner escorted the bride down the aisle. Sources say the “Bound 2” rapper was “the typical nervous groom” before saying “I do.” He was seen “swigging obsessively from a bottle of water and shifting his weight from one foot to the other.”

“It was funny how nervous he was,” an onlooker told People. “He clearly knew the gravity of what he was about to do. This morning he was all smiles, but as it got closer, you could see that the nerves were kicking in. It’s common for most grooms. I’ve seen it all before.”

According to Us Weekly, Beyonce and hubby Jay Z bailed on couple’s wedding and decided to spend Memorial Day weekend stateside in the Hamptons instead. Vogue’s Anna Wintour also turned down their invitation due to a previous “family obligation.”

The bridal party and their hundreds of guests touched down for the wedding festivities after an extravagant rehearsal dinner at the Palace of Versailles Friday night.