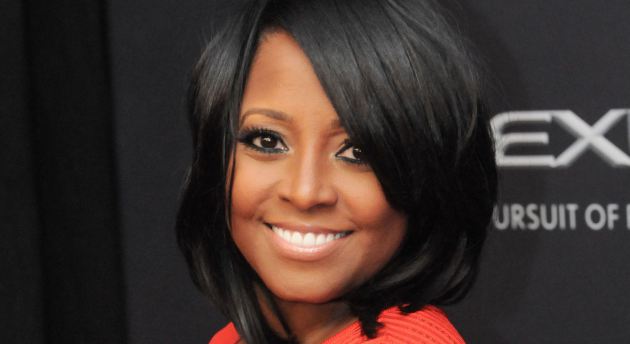 Keshia Knight-Pulliam will not stand for any Bill Cosby slander on her watch, and Amber Rose had to find out the hard way.

Amber recently called in as a guest to Keshia’s new podcast Kandidly Keshia. Things were going well, until Amber stepped into dangerous territory by bringing Bill Cosby into the fold. “Anything a man can do…we can do,” the Slut Walk founder said. “Sometimes I get very frustrated when I see guys call girls hoes or when people like…stick up for Bill Cosby.”

Keshia immediately stopped Amber in her tracks to warn her she had gone too far. “I feel you and everyone’s entitled to their opinion. But, you know we still live in a country where you’re innocent until proven guilty,” explained the former Cosby Show star. “And I understand everything that’s happened and me being a feminist and believing women. No means no and I get that. But, just so you know I did work with him for a really long time. I love him dearly still and that isn’t the man that I know.”

An understanding but undeterred Amber politely stood her ground, saying, “I totally get it, 100%. We’re gonna have our own opinions about that. My whole thing is, I feel like celebrity and classism and double standards all take a role in society and how we treat people.”

Keshia sharply changed the subject, asking Amber how she came up with the idea to do the Slut Walk. Though the topic of Bill Cosby came to an abrupt end, Amber decided to make her opinion on the issue crystal clear by posting this very direct MuvaMoji on her Instagram: 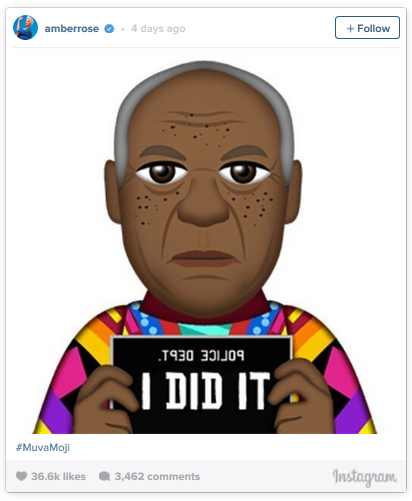 Welp, that was awkward! Catch audio snippet courtesy of V103 below.