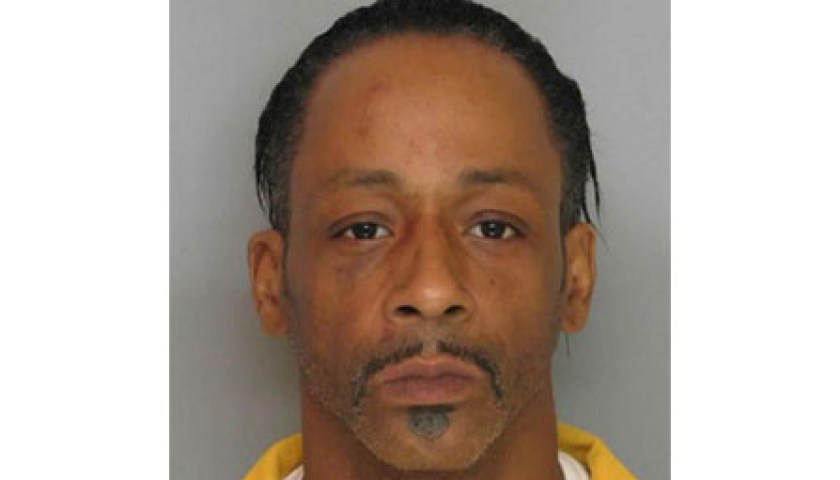 Comedian Katt Williams was back in handcuffs on Sunday, July 24, following an arrest in Sherman Oaks, California.

According to the Los Angeles Police Department, the comic was arrested for misdemeanor battery of a female at a Sportsmen’s Lodge Hotel restaurant at about noon. The woman reportedly placed Williams under citizen’s arrest and the LAPD later took him to jail and booked him, according to officials.

Via the Los Angeles Times:

Officers were called to the Sportsmen’s Lodge at Ventura Boulevard and Coldwater Canyon Avenue about 11 a.m. after a female employee reported being in an altercation with Williams, Los Angeles Police Sgt. Gary Chilingarian said.

Williams, 44, was booked on a misdemeanor count of battery and held in jail on $20,000 bail. He was released about 4 p.m. and is scheduled to appear in court on Aug. 18 in Van Nuys, according to jail records.

The 44-year-old comedian has been arrested several times throughout the country in recent years for crimes such as theft, assault, and child endangerment among others.

Currently, he and Marion “Suge” Knight are awaiting separate trials for allegedly stealing a camera from a photographer in Beverly Hills nearly two years ago.