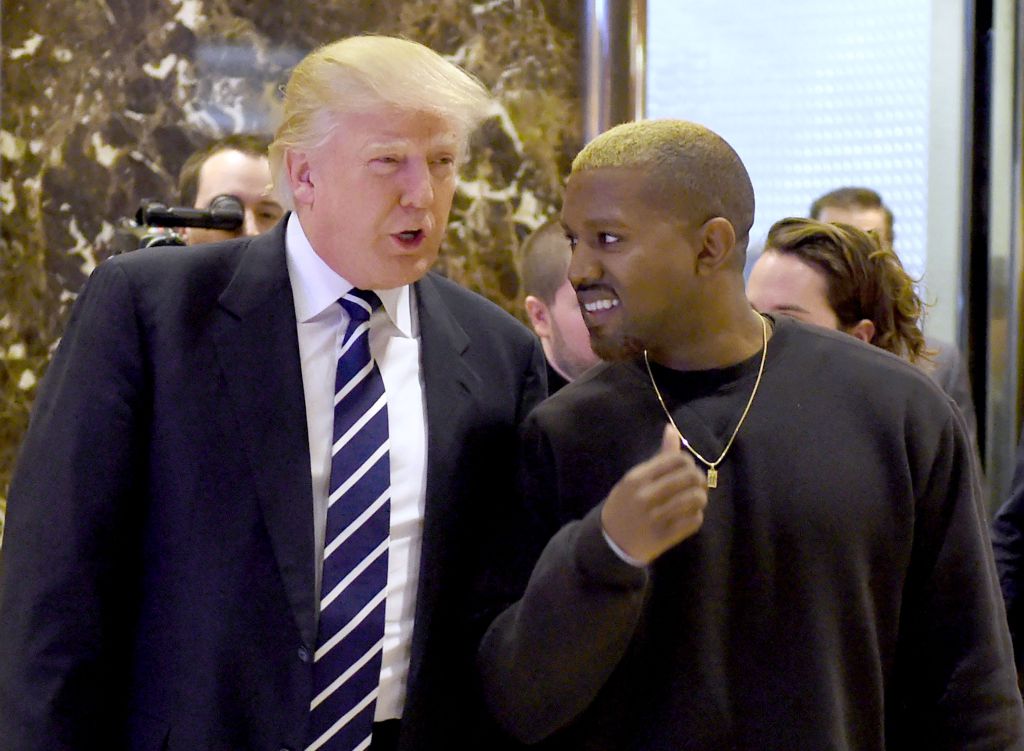 Weeks ago, social media was in an uproar when Kanye West meet with Donald Trump at the White House. While there, he ranted about his love for Trump while speeding through other topics like jobs for prisoners after they’re released and stop and frisk laws in Chicago.

Now, Kanye is speaking a different tune. According to TMZ, the rapper stated he’s being used by certain people to spread political messages that he doesn’t believe in. In a series of tweets he also mentioned that he’s staying away from Trump.

Kanye said on Twitter, “My eyes are now wide open and now realize I’ve been used to spread messages I don’t believe in. I am distancing myself from politics and completely focusing on being creative.”

Kanye said, “I introduced Candace to the person who made the logo and they didn’t want their name on it so she used mine. I never wanted any association with Blexit. I have nothing to do with it.”

He then thanked his family and friends for supporting him as well as his vision. We aren’t sure if Kanye will stick to these words he’s saying, but we’ll have to watch and wait.