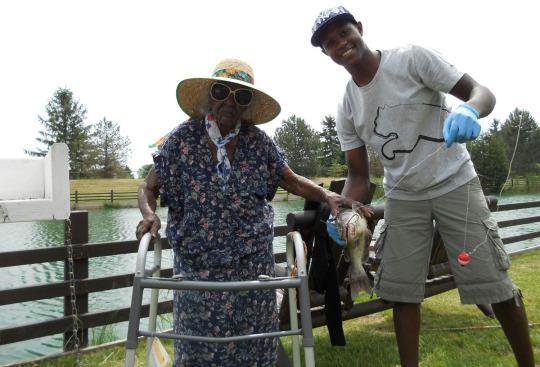 After living through three centuries, Jeralean Talley, the world’s oldest woman, has died at age 116.

Her daughter, Thelma Holloway, 77, told the Detroit News, “She was ready to go home and rest. … When she left here, she didn’t suffer. She asked the Lord to take her peacefully and he did.”

Talley, who lived in Inkster, Mich., near Detroit, credited her incredible lifespan to God. The Detroit News reported her saying earlier this year, “Every day is a gift from above. There is nothing we can do without God. He made us, and he knew when he wanted to take us.”

Her active life of fishing, baking walnut pies with nuts from her yard, and gardening began in Montrose, Ga., in 1899. She moved to Michigan with her husband of 52 years, Alfred Talley, in the 1930s.

Jeralean stayed active even into her 100s — bowling until she was 104 and even mowing her own lawn until a few years ago. Family friend Michael Kinloch told Yahoo Health that on a recent walk with him, she said, “I don’t feel bad. I don’t feel sick. I feel as good as you do, and I look as good as you do. I just can’t get around as well as you do.”

As we remember Jeralean Talley and her life and legacy, we should also remember the motto she lived by, which she told the Detroit Free Press: “I ain’t got nothing more but to treat the other fellow like you want to be treated. You don’t tell a lie on me so I won’t tell a lie on you.”