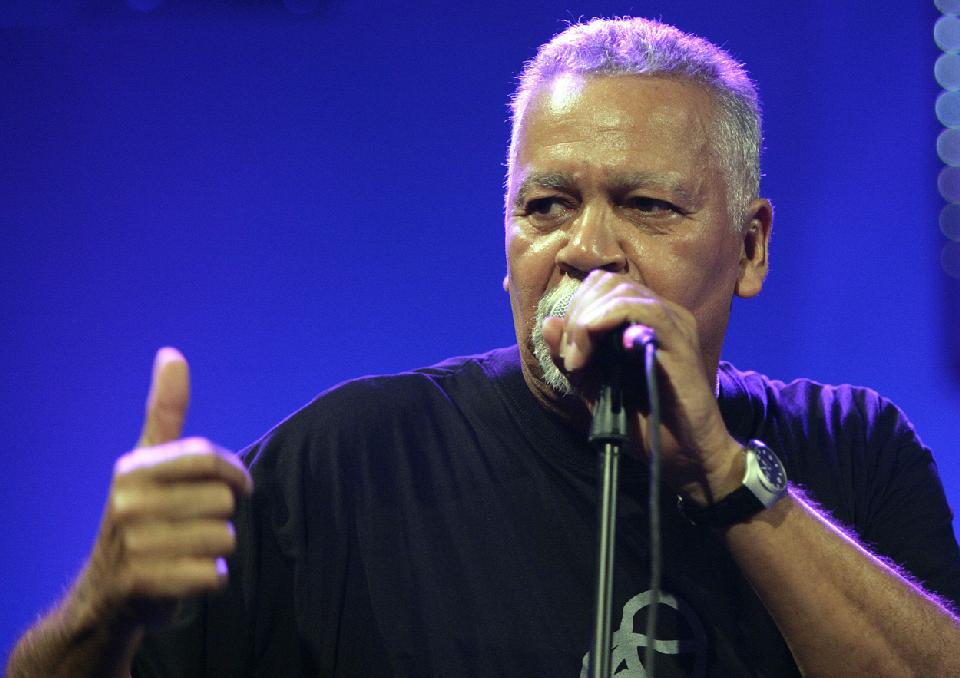 Pianist and composer Joe Sample, a founding member of the genre-crossing Jazz Crusaders who helped pioneer the electronic jazz-funk fusion style, has died. He was 75.

Sample died of complications due to lung cancer Friday evening at the MD Anderson Cancer Center in Houston, his manager, Patrick Rains, told The Associated Press on Saturday. Rains said Sample’s family was at his bedside.

Sample was “a seminal figure in the transition from acoustic to electronic music in the jazz field in the late ’60s and early ’70s” with his band, Rains said. The group, which later called itself The Crusaders, became a successful crossover act with such hits as the 1979 rhythm-and-blues-flavored single and album “Street Life” featuring singer Randy Crawford. A few years before that, they were the first instrumental band to open for the Rolling Stones on tour.

A prolific songwriter, his songs were sampled by hip-hop artists, including Tupac Shakur, who used “In All My Wildest Dreams” on his “Dear Mama.” Nicole Kidman sang Sample’s “One Day I’ll Fly Away” in director Baz Luhrmann’s film “Moulin Rouge.”

A Houston native, Sample teamed with high school friends, saxophonist-bassist Wilton Felder and drummer Stix Hooper, to form a band as teenagers in the mid-’50s. Trombonist Wayne Henderson, a classmate at Texas Southern University, later joined the group, which became known as The Jazz Crusaders when the group later moved to Los Angeles. The band made its first recording, “Freedom Sounds,” in 1961, the first in a series of albums for the Pacific Jazz label.

Originally, the band played hard-bop, the most popular style of jazz at the time, and were influenced by Cannonball Adderley, Art Blakey and Horace Silver. But the group, which featured an unusual lineup with a trombonist rather than a trumpeter in the front line and Sample’s hard-swinging piano, began to fuse elements of R&B, soul and funk into their jazz.

“We were mostly rebels, and when everyone was going in one direction, we deliberately went the other way,” Sample said in a 2003 interview with Jazz Times magazine.

In the early ’70s, Sample became one of the pioneers of the electric piano in jazz as he increasingly used the Fender Rhodes. The group, by then calling itself The Crusaders, turned from acoustic jazz to electric fusion, relying on catchy grooves and pop songs by the Beatles, Carole King and others to gain a crossover appeal on a series of albums for the Blue Thumb and MCA labels. The group placed 19 albums on the Billboard Top 200 chart.

After Henderson and Hooper left the group, The Crusaders began recording less frequently in the 1980s and eventually disbanded. In the 1990s, Sample began focusing more on his solo career, often returning to acoustic piano. He recorded albums with singers Crawford and Lalah Hathaway as well as the 2002 album, “The Pecan Tree,” dedicated to his hometown.

In 2003, Sample, Felder and Hooper reunited as The Crusaders to record the album “Rural Renewal,” with guitarist Eric Clapton making a guest appearance.

“The Crusaders have been the only band that I’ve loved playing in,” Sample told Jazz Times in 2003. “I realized as I got older that nobody else played like them.”

His final album, “Live,” featuring Crawford, drummer Steve Gadd, and his son, Nicklas, on bass, was released by PRA Records in 2012.

Sample was also an in-demand studio musician who worked with artists including Joni Mitchell, B.B. King, Marvin Gaye, Steely Dan and Quincy Jones, according to a 2011 profile in the Houston Chronicle.