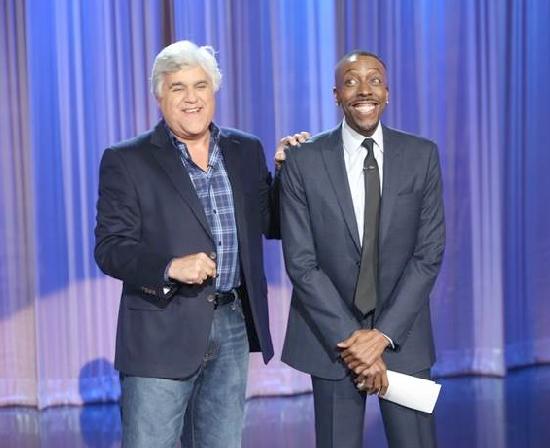 Have you missed seeing Jay Leno on your television for the past three weeks or so? Well you’re in luck, because Jay popped up unexpectedly on “Arsenio” Wednesday night. And from the looks of it, even Arsenio himself didn’t seem to know Jay was going to show up. And he definitely didn’t know what Jay was about to tell him – that Arsenio’s own TV comeback was officially going to last a little longer with the news that his show has been picked up for a second season. Arsenio was visibly moved, and the emotion was real – but Jay couldn’t resist getting off one last zinger before he left to get in one of his weird old cars and drive home. This got us wondering, where would you like to see Jay pop up next? Tweet your thoughts to @MCallahanLA, using #JayInTheBox. Or find our new Nighttime in No Time Facebook page and leave us a comment.