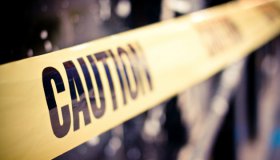 Jackson, Mississippi, residents are on edge as a severed head was found on a resident’s porch by children playing outside over the weekend.

According to the Clarion-Ledger, Jackson Police Department spokesman Cmdr. Tyree Jones stated that the head belonged to an unidentified young Black man, with the cause of death seeming to be “severance.” A badly-burned body was discovered about half a mile away, but autopsy results have yet to confirm if it belongs to the head police found.

Neighbors gathered as the press arrived on the scene, but very few wanted to give their names.

When asked about the incident another person said: “Someone’s sending a message. Why else do you do that?”

Police are currently investigating the murder, but dispute that this was gang-related.