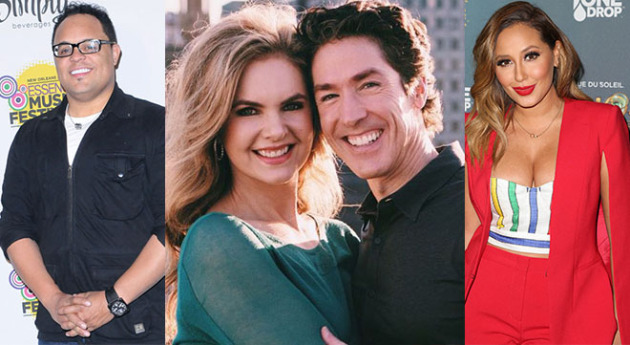 Despite going public and explaining his relationship with Adrienne Bailon, Israel Houghton is professionally feeling the sting of cheating rumors.

According to RadarOnline, Houghton has been put on indefinite leave as a minister at Joel Osteen‘s Texas-based Lakewood Church, a position he held for five years. The action comes amid talk that surfaced about Houghton cheating on his wife Meleasa after 20 years of marriage as well as the super-church’s website mysteriously eliminating him from its website.

Speaking with Radar, a rep for Lakewood Church confirmed that Houghton is no longer part of the fold after announcing his divorce amid cheating rumors in February.

“Lakewood Church released Israel Houghton from his responsibilities as a worship leader [in February] and placed him on indefinite leave, rep for the church told the site. “Since that time, he has not been featured in any Lakewood Church related activities.”

“Lakewood Church is not at liberty to discuss publicly any details regarding Israel’s personal situation, but stands ready to provide Israel with spiritual counseling and guidance should he choose to seek it,” the rep continued.

News of Houghton’s indefinite leave follows the singer’s public revelation of his relationship with Bailon after pictures surfaced of the couple enjoying time together on a Mexican getaway at the Dreams resort in Tulum over the weekend. 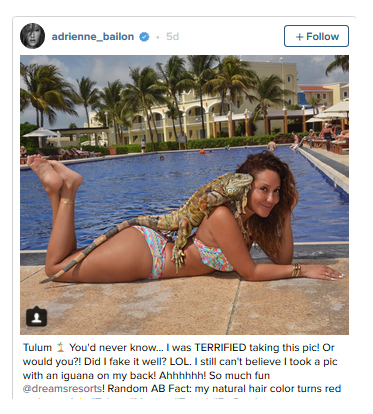 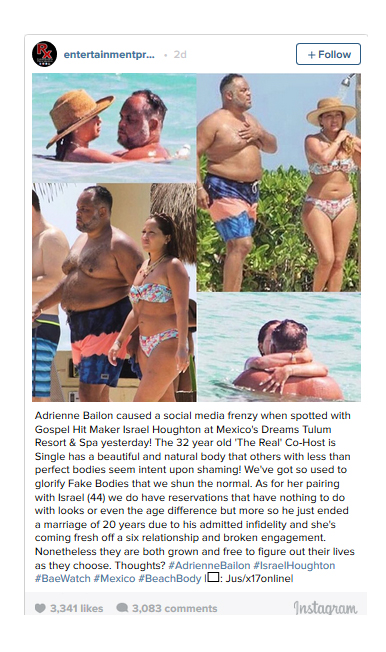 Upon announcing he and Meleasa were splitting up, Houghton was still wearing a wedding band and admitted at the time that he had “failed and sinned” against his wife.

Despite all the talk of Bailon being the cause of the end of his marriage, Houghton fired back on social media on Tuesday (Mar. 22), saying the 32-year-old “The Real” co-host was not the other woman. 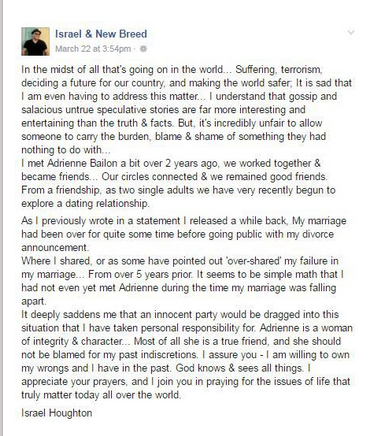