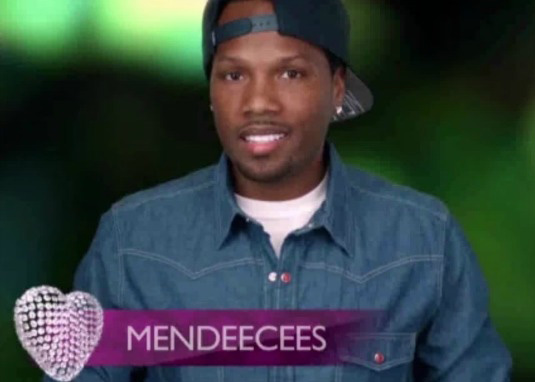 According to Uptown Magazine, Mendeecees Harris of VH1‘s show ”Love & Hip Hop” may be walking around in plain sight…and we don’t even know it!

As we previously reported, Harris was charged in 2013 with knowingly, willfully and unlawfully combining and conspiring to possess with the intent to distribute 5 kilograms or more of cocaine (Schedule I Substance) and 1 kilogram of heroin (Schedule II Substance). As well as money laundering.

The possession and distribution charges carry sentences of anywhere from 10 years to life while the laundering charges can max out at 20 years in prison plus fines.

So it seems they didn’t over dramatize anything on the part of Harris’ lady love Yandy Smith on the show. Those penalties are overwhelming…and for a young couple with a new baby… who are just starting out in life…spending that kind of time apart could prove to be the death of any relationship. We believe her fear and even her courage on the show to have been very real not scripted. Any woman with a new baby who loses her guy to the system would be going through a nightmare no doubt. But to do it so publicly and to share what she was going through took guts in our opinion. She could have run and hid but she opted to show the world what that hurt feels and looks like. She gave an actual face and voice to women out there going through the same ordeal…she should be commended for that.

Uptown reports that in December of 2013 Harris’ co-defendant Ronald Walker (aka Kellz) pled guilty to the narcotics conspiracy and money laundering charges he was accused of. He admitted to arranging for the distribution of at least 40 kilograms of cocaine and at least 1 kilogram of heroin through Mendeecees (aka Uno) and others. He also admitted to laundering millions of dollars through corporations in his name.

We guess curiosity got the best of the crew at Uptown because they began looking to see what the status was of the case against Mendeecees Harris himself. To their surprise…they learned that no activity had been recorded for Harris in months! Nothing…no hearings, no motions…nada since November of 2013.

At that point they decided to reach out to a few other resources and discovered something even more shocking….both the Bureau of Prisons and Harris’ attorney reported that Mendeecees is currently not in federal custody! Neither entity offered any additional information or comment.

Remember that big hearing that Yandy kept hoping was being scheduled for Mendeecees? Well according to the paperwork the most recent activity in Mendeecees’ case was an order requiring the parties to inform the Court by November 15, 2013 as to whether the defendant would be requesting that detention hearing. However, not a single public filing appears on record after that request.

Uptown says with confirmation that Mendeecees is currently not in federal custody and no recent court filings, there is a likelihood that the case has already been resolved and the details of that resolution are sealed.

We don’t know what this means specifically…but we’re sure conspiracy theorists will fill in the blanks how they see fit.

We’re not sure if this is something that will play out on the next season of “Love & Hip Hop New York” or not…but we are sure of this…if Mendeecees is really out here free..there is a fiancee and two little boys who are happier as a result of it.

As for the rest…your guess on what happened is as good as ours!