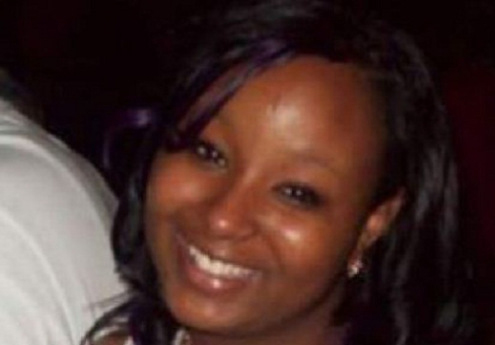 The body of a Grambling State University student was found in a drainage ditch in Lafayette, Louisiana.

KNOE reports that police found the body of Alexandria Shelton, 21, in a ditch in Girard Park after friends reported her missing Saturday night.

“The Grambling State University community is in shock. It’s heartbreaking. We’ve been dealing with this all day Sunday, cooperating with Lafayette police and talking with each other about this bright young lady. Alex was a senior criminal justice major and a member of our honors college scheduled to graduate next month,” said Grambling spokesman Will Sutton.

“We’ve just been in shock since we first heard early Sunday that the body of a young woman found in a Lafayette city park was likely one of our own,” said GSU President Frank G. Pogue. “We immediately reached out to the family and we’ve been cooperating with Lafayette police. We know how important the first 24 to 48 hours of a police investigation can be. Now we encourage our students, faculty, staff and others to contact Lafayette city police, or our own campus police, if they think they have even a small bit of information that might be helpful. We need to assist police with this investigation and bring closure to this situation for the sake of Alex’s family and close friends.”

According to police, Shelton planned on meeting her friends Saturday night, but after three hours passed, they called her cell phone and an unknown man answered. He told Shelton’s friends he found the phone in Girard Park.

Those friends went to Girard Park to meet up with that man and a second man to retrieve the cell phone. Both men left after handing over the cell phone, police spokesman Cpl. Paul Mouton said.

The friends found Shelton’s vehicle nearby shortly after they arrived at the park Saturday night and called police for assistance.

Police located and removed Shelton’s body from a drainage ditch attached to the park’s pond near the north side park entrance at around 12:10 a.m. Sunday.

Police talked with the two men who gave them specific identification about where they found the phone. The men are not suspects, Mouton said.