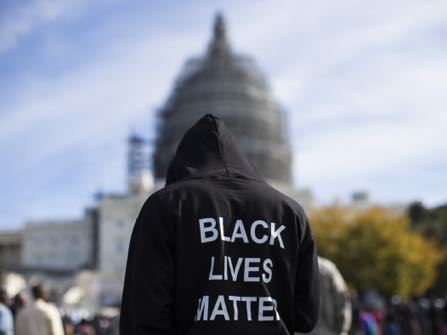 MEMPHIS, Tenn. (AP) — A federal civil rights lawsuit has been filed on behalf of five people who say they were discriminated against while trying to take part in a Black Lives Matter demonstration at Elvis Presley’s Graceland.

The protest coincided with an annual candlelight vigil held by fans at the singer’s home on the Aug. 15 anniversary of his death.

Graceland owner, Elvis Presley Enterprises, and the city of Memphis are named in the complaint filed Wednesday.

The lawsuit claims several people were denied entry to the vigil by Memphis police because they are black. It says others were asked to leave a public sidewalk after saying “black lives matter.”

The group is demanding unspecified damages.

Elvis Presley Enterprises and the city of Memphis didn’t immediately respond to a request for comment.