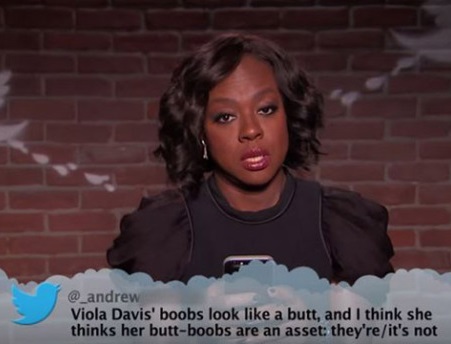 Aww, who could send a mean tweet about Viola Davis?

The “How to Get Away With Murder” star found out along with everyone else after taking part in “Jimmy Kimmel Live’s” “Mean Tweets” – the latest of which aired Wednesday.

In the regular segment that has celebs reading their mean tweets, someone came for the Emmy winner’s boobage, tweeting: “Viola Davis’ boobs look like a butt, and I think she thinks her butt-boobs are an asset. They’re/It’s not.” 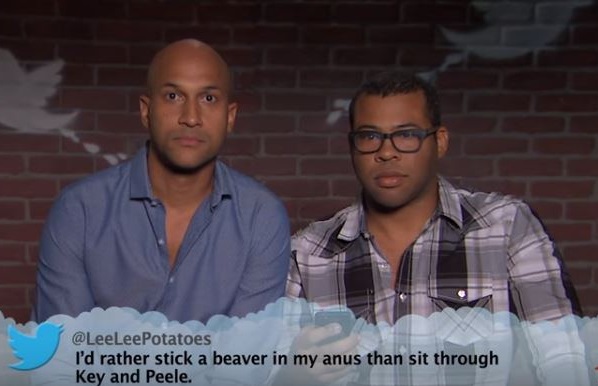 …and Michael B. Jordan, who was dissed by an apparent Crip. 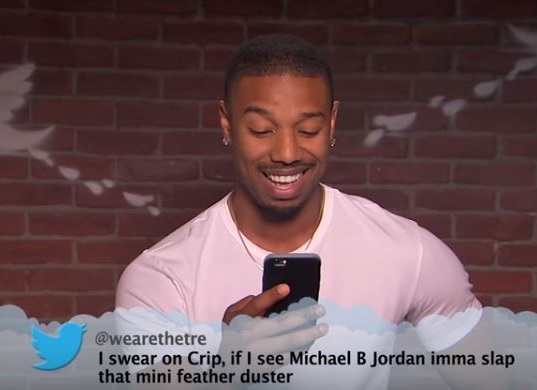 Other gems were read by actress Julia Louis Dreyfus, who was told that her “50-year-old ass, still on TV winning awards and s**t, needs to retire.”