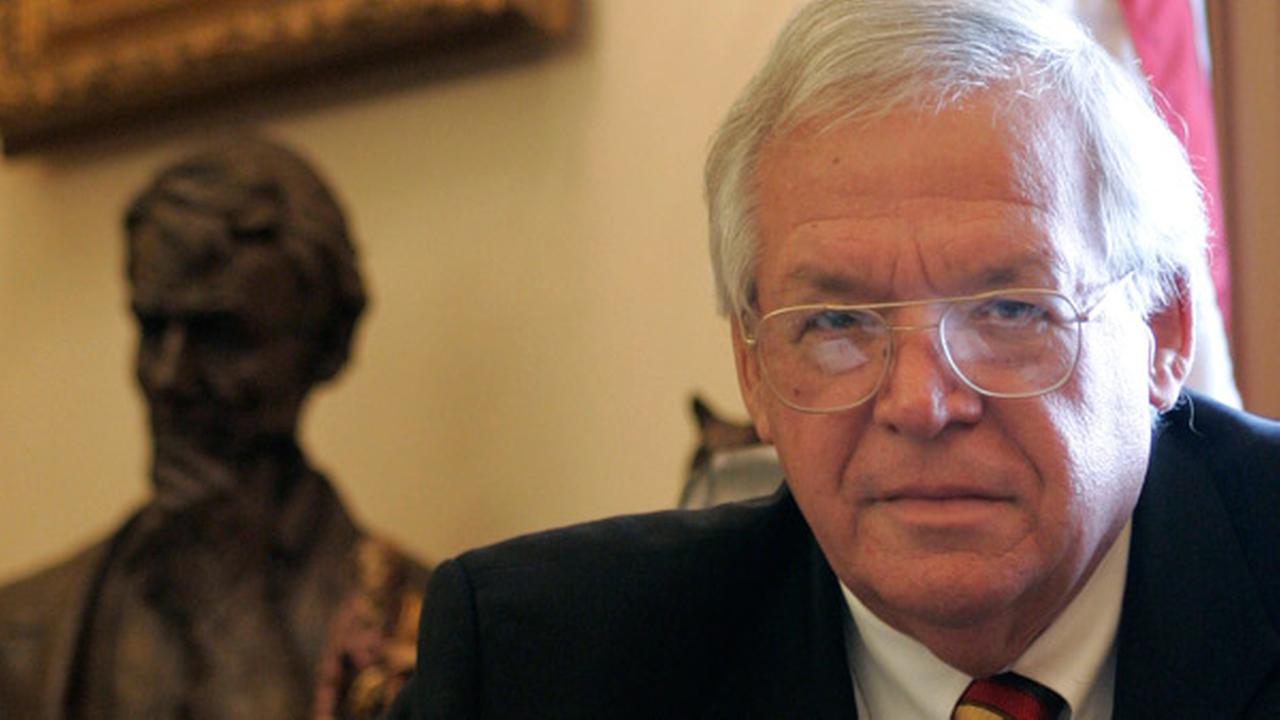 CHICAGO (AP) — Former U.S. House Speaker Dennis Hastert agreed to pay $3.5 million in hush money to keep a person from the town where he was a longtime high school teacher silent about “prior misconduct” by the Illinois Republican who once was second in line to the U.S. presidency, according to a federal grand jury indictment handed down Thursday.

The indictment, which doesn’t describe the alleged misconduct by Hastert, charges the 73-year-old with one count of evading bank regulations by withdrawing $952,000 in increments of less than $10,000 to skirt reporting requirements. He also is charged with one count of lying to the FBI about the reason for the unusual withdrawals.

Each count of the indictment carries a maximum penalty of five years in prison and a $250,000 fine.

Hastert did not return email and phone messages from The Associated Press seeking comment on the allegations. Hastert, who had worked as a lobbyist in Washington, D.C., since shortly after he left Congress in 2007, resigned from Dickstein Shapiro LLC, a spokesman for the lobbying and law firm said Thursday.

The indictment alleges Hastert withdrew a total of around $1.7 million in cash from various bank accounts from 2010 to 2014, then provided the money to a person identified in the indictment only as “Individual A.” Hastert allegedly agreed to pay the person $3.5 million, but never apparently paid that full amount.

It notes that Hastert was a high school teacher and coach from 1965 to 1981 in suburban Yorkville, about 50 miles west of Chicago. While the indictment says Individual A has been a resident of Yorkville and has known Hastert most of Individual A’s life, it doesn’t describe their relationship.

The indictment says that between 2010 and 2012 Hastert made 15 cash withdrawals of $50,000 from bank accounts at Old Second Bank, People’s State Bank and Castle Bank and gave cash to Individual A around every six weeks.

Around April 2012, bank officials began questioning Hastert about the withdrawals, and starting in July of that year, Hastert reduced the amounts he withdrew at a time to less than $10,000 — apparently so they would not run afoul of a regulation designed to stop illicit activity such as money laundering, according to the indictment.

Among the focuses of the FBI investigation was whether Hastert, in the words of the indictment, was “the victim of a criminal extortion related to, among other matters, his prior positions in government.” The court document does not elaborate.

In mulling over whom to charge, prosecutors often must decide who is the greater victim: the person being extorted or the person doing the extorting, said Chicago-based attorney and former federal prosecutor Phil Turner.

Jeff Cramer, a former federal prosecutor and head of the Chicago office of the investigation firm Kroll, said investigators could have concluded Hastert’s alleged misconduct was “more egregious than the extortion.”

“Yeah … I kept the cash. That’s what I am doing,” it quotes Hastert as saying.

Hastert, who also maintains a home in the Chicago suburb of Plano several miles northwest of Yorkville, was a little-known lawmaker from suburban Chicago when chosen to succeed conservative Newt Gingrich as speaker. Hastert was picked after favored Louisiana Rep. Bob Livingston resigned following his admission of several sexual affairs.

He retired from Congress in 2007 after eight years as speaker, making him the longest-serving Republican House speaker. He was second in line to the presidency during those years after the vice president.

David Corwin of Yorkville said his son, Scott, wrestled for Hastert in high school, then later became a wrestling coach himself.

“You won’t get anyone to say anything bad about him out here,” said David Corwin. “Everybody loved him. The kids loved him, and they still do.”

Illinois has a long history of politicians getting in legal trouble.

Former U.S. Rep. Jesse Jackson Jr. served a year and a half for illegally spending $750,000 in campaign funds on furs, vacations and other luxury items. Two successive governors in the 2000s, Republican George Ryan and Democrat Rod Blagojevich, were convicted on corruption charges.

In the Hastert case, it’s not clear whether the money was paid in relation to his former position in government. Hastert started making the payments to the person in about 2010, according to the indictment.

Reached by telephone after the announcement, former Gov. Ryan described Hastert as an effective legislator.

“I’m just surprised if this is true,” said Ryan, who has lived in Kankakee, Illinois, since his release from prison.

A spokesman for Bush declined Thursday to comment on the charges against Hastert.