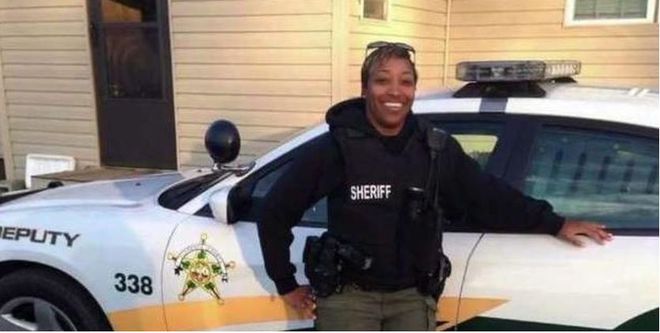 The FCSO released a statement saying:

“Farrah was the ultimate professional, excelling at everything she did. She dedicated her life to serving the victims of the worst crimes imaginable. Please pray for Farrah’s family, our FCSO family and for our community as we mourn her loss.”

Funeral arrangements will be made and announced at a later date.

Turner served with FCSO for more than seven years.

On October 3, Turner was wounded in the line of duty while attempting to serve a search warrant on a residence in Florence County.

Weeks after being shot, Farrah remained in critical condition before succumbing to her injuries.

“First, I thank everyone for their prayers for my daughter, Farrah. As we have told everyone, she is still in critical condition and she is not out of the woods yet. The purpose of this statement is to share, however, that on Tuesday, Oct. 16, 2018, the doctors had to amputate both of Farrah’s feet. It has been difficult for my family and I to process so we did so privately initially, but after countless hours of prayer I decided to share this information with everyone who cares about Farrah. This horrendous act of violence has altered my daughter’s life forever but I do believe that God has a plan for her.”

A GoFundMe page had been started to raise funds to assist Turner.

The suspected shooter, 74-year-old Frederick Hopkins, has been charged with one count of murder and six counts of attempted murder in relation to the incident, which claimed the life of Florence police Officer Terrence Carraway.

Deputies arrived at the home to speak to Frederick Hopkins’ son, 28-year-old Seth Hopkins, who is accused of sexually assaulting a child.

Many took to social media to express their condolences to the family and sheriff’s department.