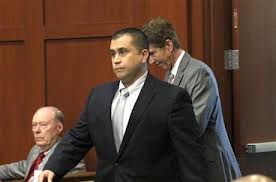 SANFORD, Fla. (AP) — The murder trial for the Florida man charged in the shooting death of teenager Trayvon Martin remains set for a June start after a judge Tuesday denied a defense request for a postponement.

George Zimmerman’s lead attorney Mark O’Mara presented a motion to have the trial pushed back to November. He argued that prosecutors had been slow to turn over needed evidence.

State attorney Bernie de la Rionda denied the accusation the prosecution had been dragging its feet and said it was rather a case of the defense using inefficient means to secure the information it wanted.

With roughly four months left before the scheduled June 10 trial, Judge Debra Nelson said she felt the defense still has time to work out the outstanding issues.

“I don’t see any of your issues to be insurmountable,” Nelson said in denying the motion.

The 29-year-old Zimmerman is claiming he acted in self-defense in shooting the 17-year-old last year after the two got into a fight and has pleaded not guilty to a second-degree murder charge. His hearing for self-defense immunity under Florida’s “Stand Your Ground” law must be held 45 days before trial. So his lawyers would need to be ready by late April to present that.

On what would have been Martin’s 18th birthday, a local community group gathered outside the Sanford courthouse to remember the teenager before the hearing.

Martin’s parents, Tracy Martin and Sybrina Fulton, did not attend the remembrance nor the court proceeding because they were “overcome with emotion,” said their family attorney Benjamin Crump.

“As (Trayvon’s) brother said, it’s hard on mom, because there’s nobody to get a cake and ice cream for,” Crump said.

Crump said Martin’s parents are pleased that the case will progress as scheduled.

“We’re focusing on this killing when it should be about remembering this young man’s life today,” Crump said.

Later in the afternoon he told a crowd at a “Banding Together for Peace” rally in Goldsboro — one of Sanford’s historic black communities — that he felt “the spirit of Trayvon Martin was in that courtroom today.”

Regarding the denial for a postponement, Nelson specifically noted that both the defense and prosecution said during a status hearing in late October that they could be ready by June.

But O’Mara said he never made that agreement about the June date last year and that without the delay and with a dwindling defense fund for Zimmerman, it would be difficult to secure the expert witnesses it wants to properly defend his client.

“The only argument is that we need more time,” O’Mara told the judge. “My defendant has the right to a fair trial and a rigorous defense.”

O’Mara recently renewed his overtures to the public to donate more money for Zimmerman, writing on the defense’s website that his fund has raised more than $314,000 since he was charged. But of that amount, $95,000 was spent on bail, almost $62,000 was spent on Zimmerman’s living expenses during the past eight months and $56,100 was spent on security.

The pricey living expenses were the result of Zimmerman having to stay at extended-stay hotels until he could find a place to rent after his bail conditions were changed to restrict him to the Seminole County, Fla., jurisdiction of the shooting.

The defense did make some headway on a few of its other outstanding pretrial requests on evidence.

The judge is allowing a limited phone deposition with a woman known only as “Witness 8.” The state says she is a teen with whom Martin was talking at the moment he encountered Zimmerman. Her testimony will likely be pivotal in the upcoming trial.

The defense is trying to obtain the names of her Twitter and Facebook social media accounts so that they can serve subpoenas to those companies.

The prosecution must also supply the defense a chain of custody, a list of tests performance and any reports generated when prosecutors sent Martin’s cell phone to California to get help unlocking it for analysis.