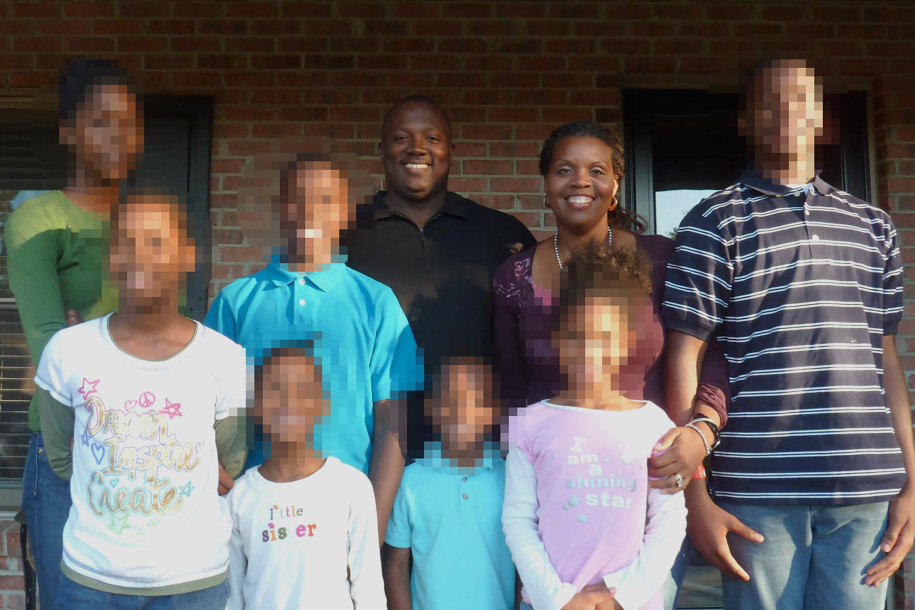 You may remember the popular home renovation show Extreme Makeover: Home Edition. It aired on ABC for nine seasons and featured countless families in need getting their homes renovated or rebuilt by a team of experts. Hosted by Ty Pennington of HGTV fame, the show provided a fantasy outlet for families who could live vicariously through the upgraded houses of families who seemed to truly deserve them.

Sadly one of those families wasn’t so deserving. Adoptive parents Devonta and James Friday of Lincolnton, North Carolina adopted five kids before they were featured on Extreme Home Makeover in 2011.

“What they did to us was just wrong,” explained Chris Friday, one of the youngsters who is now grown.

In 2011, Devonda and James Friday, of Lincolnton, both made it on “Extreme Makeover” after producers learned of their seven kids and nonprofit organization called House of Hope.

Five of the children were adopted, including Chris and his biological sister Kamaya, who was 14 years old.

“It was exciting. We got in a limo and were just riding up and then hearing, ‘Move that bus,’ and then seeing this big house. It was fun,” Kamaya recalled.

The “Friday Family” claimed they “desperately” needed the show to provide them with a new house, and to help them out with their nonprofit.

Producers ended up building them a House of Hope store and also renovated their small family home into a 3,900-square-foot, eight-bedroom mansion. They even footed the bill for thousands of dollars’ worth of donated items for their charity — including Sears gift cards.

The kids are not the first siblings to have accused and Extreme Makeover Home Edition family of using them for personal gain. In 2005, the five Black children taken in by the Leomiti family alleged that they too, were evicted from the home after the show aired. But their case was ultimately dismissed.