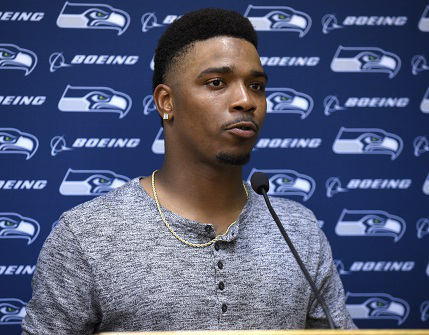 FORT WORTH, Texas (AP) — Former Texas Christian University quarterback Trevone Boykin has been formally charged with aggravated assault for allegedly attacking his girlfriend and breaking her jaw at his home in March.

Boykin was indicted Friday in Fort Worth and is free on bond. He denies the allegations.

Prosecutors say the attack was captured on security system video at Boykin’s home in Mansfield.

The Seattle Seahawks released the 24-year-old Boykin from the team’s practice squad shortly after reports of the attack surfaced.

It’s not Boykins’ first run-in with the law. He was arrested in Dallas last year on misdemeanor charges of public intoxication and marijuana possession, though the case was later dismissed. In 2016, he pleaded no contest to resisting arrest stemming from an incident shortly before the 2015 Alamo Bowl in San Antonio. He was suspended for that game and was sentenced to a year of deferred adjudication probation.