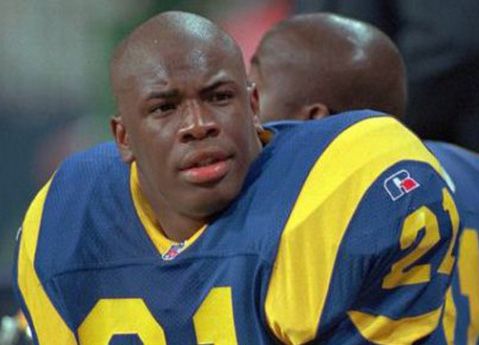 A former NFL first round draft pick out of Nebraska finds himself a suspect in the murder of his cellmate at Kern Valley State Prison in Delano, CA.

Lawrence Phillips, 39, a running back who was drafted in 1995, is under investigation for possibly murdering Damion Soward, who died early Saturday morning.

Soward, 37, was in prison for murder and died at Delano Regional Medical Center.

Interestingly, prison officials say there was another murder in the facility on the same day. That victim’s cellmate is also the main suspect in that case. It’s unclear if the two murders are related.

Phillips’ legal problems continued after he left the NFL. He was arrested in 2005 for driving his car into three teens after playing against them in pickup football. At the time he was wanted by police in LA and San Diego for assaulting a former girlfriend. He was sentenced to 10 years in prison for felony assault with a deadly weapon (his car). All totaled, Phillips’ combined prison term adds up to 31 years.