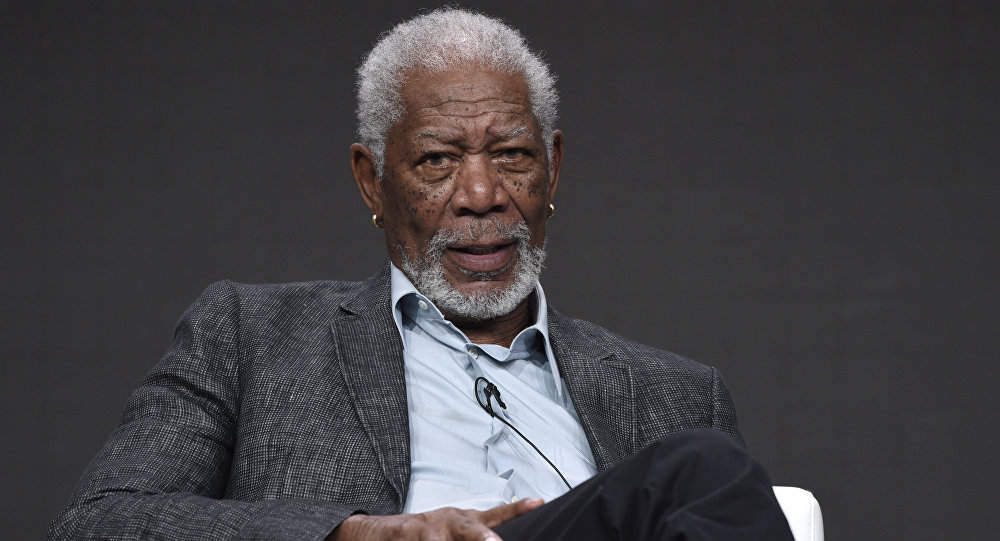 Morgan Freeman‘s name has just been added to the ever-growing list of Hollywood actors and executives accused of harassment and inappropriate behavior against women.

On Thursday, CNN released an exclusive report in which they spoke with 16 people, eight of which say they experienced harassment at the hands of the 80-year-old actor.

One source who worked as a production assistant on the 2015 film, “Going In Style” told the outlet that she experienced months of harassment. In several instances she alleged that Freeman frequently rubbed her back and tried on several occasions to lift up her skirt, inquiring whether or not she had underwear on.

“He never successfully lifted her skirt, she said — he would touch it and try to lift it, she would move away, and then he’d try again,” CNN reports.

She asserts that Freeman’s co-star, Alan Arkin, demanded him to stop on one occasion.

But Freeman’s reported actions were not held to just one movie. The 16 people who came forward also described Freeman as a repeat offender, who carried out the behavior while heading his production company, Revelations Entertainment and on numerous film sets throughout his career. The alleged behavior also included unwatched touching and perverse, sexual comments.

One of the author’s of the CNN report, journalist Chloe Melas, says that Freeman also made inappropriate remarks to her during the press circuit for “Going In Style.” Melas, who was six months pregnant at the time, said Freeman called her “ripe” and also retorted “I wish I was there,” as he shook her hand. According to Melas, Freeman’s co-stars Alan Arkin and Michael Caine were present at the time.

According to CNN, neither Freeman nor his reps have released a statement.

These accusations come as Hollywood moves towards holding men and women accountable who exhibit deviant sexual behavior in the workplace.

In the beginning of May multiple women of color in the #TimesUp movement rallied against R&B singer R. Kelly, asking several companies such as Spotify, Apple and concert promoters to cease ties with the singer as he faces multiple allegations of sexual misconduct–including serving as the leader of a reported sex ring.

While most of the men named in these harrowing accounts have been white, Black Hollywood has slowly watched as prominent members are called to the carpet.

Will the #TimesUp women of color also rally against Freeman now that his alleged deviant behavior has been exposed?