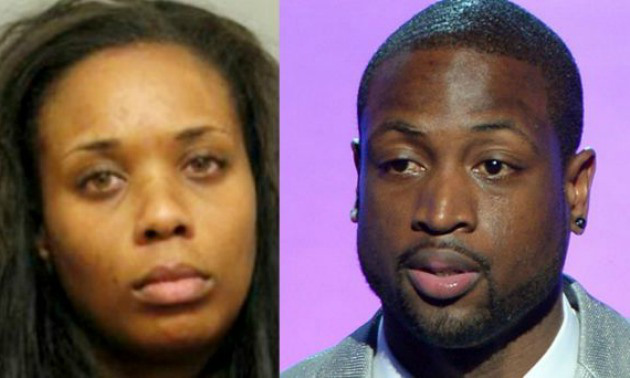 As much as NBA star Dwyane Wade tries to be done with his ex-wife Siovaughn Funches, she finds another way to keep him and his lawyers entangled in a lawsuit. However, Funches has removed her ex-husband from her crosshairs for now and turned her attention to Wade’s divorce attorney. Siovaughn Funches is suing Dwyane Wade’s divorce attorney and the city of Dolton, Illinois for allegedly setting her up.

According to reports, the ex-Mrs. Wade is suing Dwyane Wade’s divorce attorney James Pritikin and the city of Dolton claiming the two parties conspired to have her falsely placed under arrest for child abduction when she failed to turn her children back over to the Miami Heat player after one of her visitation weekends. Funches claims she was brutally attacked by the police during the arrest which resulted in her sustaining injuries such as a torn rotator cuff, an asthma attack, and panic attack.

Many of you may recall Siovaughn Funches’ behavior became increasingly odd and concerning when she started losing her arduous custody battle with her ex-husband last year. She was photographed staging a silent protest and other outlandish things in effort to get her children back. However, James Pritikin used her actions including the arrest for child abduction as cause for Dwyane Wade to receive full custody of their two children despite the charges later being dropped.

Siovaughn Funches, acting as her own attorney, is seeking an undisclosed amount of damages upwards of $50,000. Neither the city of Dolton or James Pritikin have responded to the lawsuit. But this should get interesting.