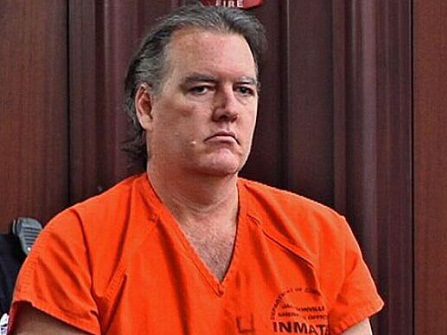 JACKSONVILLE, Fla. (AP) — A Florida jury’s inability to agree on a murder charge will give prosecutors and defense attorneys fodder for their next moves in the case of a teen fatally shot after an argument over loud music.

Michael Dunn, a 47-year-old software developer, was convicted Saturday of attempted murder for shooting into a carful of teenagers after the argument but jurors couldn’t agree on the most serious charge of first-degree murder. A mistrial was declared on the murder charge.

State Attorney Angela Corey said her office would consider seeking a retrial of Dunn on a first-degree murder charge.

Meanwhile, defense attorney Cory Strolla said he plans to appeal based on several issues, including how the jury could reach guilty verdicts on four counts and deadlock on another.

Dunn was charged with fatally shooting 17-year-old Jordan Davis, of Marietta, Ga., in 2012 after the argument over loud music coming from the SUV occupied by Davis and three friends outside a Jacksonville convenience store. Dunn, who is white, had described the music to his fiancee as “thug music.” He claimed he acted in self-defense.

After more than 30 hours of deliberations over four days, the 12 jurors found Dunn guilty of three counts of attempted second-degree murder and a count of firing into an occupied car.

Earlier in the day, the panel said in a note to Judge Russell L. Healey that they couldn’t agree on the murder charge. They also had the option of convicting him of second-degree murder or manslaughter. The judge asked them to continue their work, and they went back to the deliberation room for two more hours before returning with a verdict.

“I’ve never seen a case where deliberations have gone on for this length of time,” Healey said afterward, praising the jurors. “They’ve embraced their civic duty, and they are to be commended for that.”

Jurors declined to talk to the media.

Dunn showed no emotion as the verdicts were read. Each attempted second-degree murder charge carries a maximum sentence of 30 years in prison, while the fourth charge he was convicted on carries a maximum of 15. A sentencing date will be set later.

Davis’ parents each left the courtroom in tears. Afterward his mother, Lucia McBath, expressed gratitude for the verdict. Sunday would have been the teen’s 19th birthday.

Jurors heard testimony that Dunn, who has a concealed weapons permit, fired 10 shots, hitting the vehicle nine times. Davis was the only person hit.

Dunn, in claiming self-defense, testified that he thought he saw a firearm pointed at him from the SUV as the argument escalated. No weapon was found in the SUV.

Dunn also told jurors he feared for his life, perceiving “this was a clear and present danger.”

Prosecutors contended that Dunn opened fire because he felt disrespected by Davis. The teen made his friend turn the music back up after they initially turned it down at Dunn’s request. Dunn was parked in the spot next to the SUV outside the convenience store.

According to authorities, Dunn became enraged about the music and ensuing argument. One person walking out of the convenience store said he heard Dunn say, “You are not going to talk to me like that.”

Dunn testified he heard someone in the SUV shouting expletives and the word “cracker,” which is a derogatory term for white people.

“That defendant didn’t shoot into a carful of kids to save his life. He shot into it to save his pride,” Assistant State Attorney John Guy told the jury earlier in the week. “Jordan Davis didn’t have a weapon, he had a big mouth.”

The trial was Florida’s latest to raise questions about self-defense and race, coming six months after George Zimmerman was acquitted in the shooting of 17-year-old Trayvon Martin in Sanford, about 125 miles south of Jacksonville. The Dunn trial was prosecuted by the same State Attorney’s Office that handled the Zimmerman case.