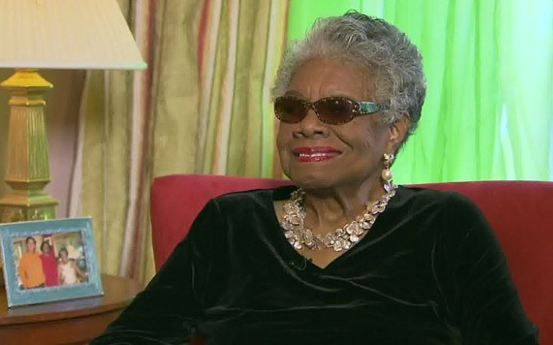 Angelou died Wednesday morning. She was 86.

A statement from her son, Guy B. Johnson, on behalf of Angelou’s family, said, “Dr. Maya Angelou passed quietly in her home before 8 a.m. Her family is extremely grateful that her ascension was not belabored by a loss of acuity or comprehension. She lived a life as a teacher, activist, artist and human being. She was a warrior for equality, tolerance and peace. The family is extremely appreciative of the time we had with her and we know that she is looking down upon us with love.”

A police car, an ambulance and a hearse were seen outside Angelou’s home on Bartram Road at about 8:30 a.m. Wednesday.

Winston-Salem police said they were at the home to investigate a death, but released no other information.

The area near Angelou’s home has been blocked off to try to keep people out of the area, as well as to give respect to the family, WXII’s Talitha Vickers reported.

Angelou had been the Reynolds Professor of American Studies at Wake Forest University since 1982.

President Barack Obama, whose sister is named Maya after Angelou, released a statement Wednesday that said, in part, “Today Michelle and I join millions around the world in remembering one of the brightest lights of our time – a brilliant writer, a fierce friend, and a truly phenomenal woman. Over the course of her remarkable life, Maya was many things – an author, poet, civil rights activist, playwright, actress, director, composer, singer and dancer. A childhood of abuse actually drove her to stop speaking – but the voice she found helped generations of Americans find their rainbow amidst the clouds, and inspired the rest of us to be our best selves.

“Like so many others, Michelle and I will always cherish the time we were privileged to spend with Maya. With a kind word and a strong embrace, she had the ability to remind us that we are al God’s children; that we all have something to offer. And while Maya’s day may be done, we take comfort in knowing that her song will continue, ‘flung up to heaven’ – and we celebrate the dawn that Maya Angelou helped bring.”

She was best known for the first of her six memoirs, “I Know Why the Caged Bird Sings,” written in 1970.

In addition to being a poet and author, she was an actress, director, playwright, composer, singer and dancer.

Angelou received many accolades, including dozens of honorary degrees, the Presidential Medal of Arts in 2000 and the Lincoln Medal in 2008.

Angelou has been active in social media over the last few years. Her last tweet on May 23 said, “Listen to yourself and in that quietude you might hear the voice of God.”