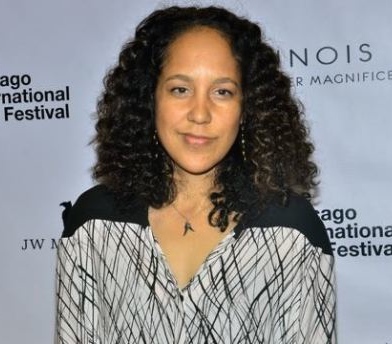 Acclaimed filmmaker Gina Prince-Bythewood has one of the hottest, most talked about movies headed to screens November 14 because she did not take ‘no’ for an answer.

Prince-Bythewood, who engaged and delighted moviegoers with Love & Basketball and The Secret Life of Bees, was told by studios that they would not touch her Beyond the Lights project unless she had an established star attached to it.

“Relativity was the first studio that said my choice of Gugu Mbatha-Raw was a star—‘We love her,’” Prince-Bythewood told The Film Strip. “We know your work and we trust you,” they told her. “That was a phenomenal feeling after all those ‘no’s, to sit in a meeting and hear that.”

In an exclusive interview, Prince-Bythewood discussed how the movie came to be.

EURWEB: We all know how fierce you are—

But this universal story hits home in so many ways because of all the cultural nuances. So why is it so important that there are Black writers/filmmakers?

I’m very glad you said the story is universal because it’s really important to me. For me, I don’t think Black films should be a genre. I think we should be in every genre, love stories, action, sci-fi. So it’s just important to me when I make films that we put people that look like me up there. It’s not just important for us to be able to go see ourselves on the screens, but also for the world because images can change one’s perspective and teach. Kaz (Nate Parker) is a young Black man who grew up with a strong Black man and I thought it was interesting that his father probably taught him about the great boxers and hence he wears Muhammad Ali and Sugar Ray Leonard and he reads. You know, it’s to who he is as a Black man and I dug putting that onscreen just because it was true to the character.

Where did the concept of this story come?

Honestly, it came from a lot of different places. I love being a writer because it’s great therapy. You get to put things that you’re going through into your work. I just wanted to do another love story, but I also wanted to do a music movie. I always wanted to do that. Some of my favorite films are music films, ‘Purple Rain,’ ‘Walk the Line’ and ‘Lady Signs the Blues.’ They give you such a great feeling when the music fuels the story. So then it was what is that story going to be and it was interesting because I was really going through two things at the time. One, someone very close to me tried to commit suicide and changed their mind halfway through. Thank goodness they were able to get to the hospital in time. But once that happened, I started researching suicide and it was incredible that there’s evidence that at least 50% of suicide attempts, the person tried to change their mind. I thought that was something I really wanted to deal with in this film.

The ultimate message of choosing life that you can get to this incredibly dark place and not see any type of future. But if you get the chance to be pulled up, pulled back like Noni, it’s worth living. If her life had ended on the balcony, that would’ve been it and she never would’ve experienced this great love and finding herself. I just want people to be inspired and know not to give up, to push forward because there is an opportunity to have an incredible life.

The other issue I was dealing with is just me being adopted and tracking down my birth mother, finding her and that she was white. I thought it was going to be, you know, the fantasy of her being happy that I tracked her down, but it wasn’t. Meeting her and realizing if she hadn’t given me up that I would’ve grown up in a home where I didn’t have unconditional love, which should be the right of every child. That was really the catalyst for the Macy/ Noni relationship, where Macy was told by her parents to abort Noni. Finding out her parents told her to abort me because I was Black. Things didn’t turn out the way I expected when I met my mother, but she didn’t abort me and she so thank you very much for giving me life and I told her that. Regardless of everything, thank you for giving me life.

Can you talk about the great cast and did you have them in mind?

Yeah, casting is 70 percent of the job. The only one I had in mind was Danny Glover. I knew I wanted Danny. It was exciting to discover Gugu because this was before ‘Belle.’ She has such an innate vulnerability and you just want to watch her. You just feel for her and she was so bold in the audition. Part of the audition she had to sing [Nina Simone’s] ‘Blackbird’ and I said ‘God, please tell me she can sing,’ and she could. But I knew I had to fight for her. And, she was raised by a single mother.

And the great Nate?

When I first saw ‘The Great Debaters’ I was like who is this one? Is this like the next Denzel? I thought he had such great chops and charisma. We worked together on ‘Secret life of Bees,’ which was a great experience. He and I clicked very well and he’s a very giving actor. He trusts me as a director and I knew I wanted to work with him again. I felt he would embody Kaz very well. I put them together in an audition and it’s all about chemistry. It was so obvious when they came together. I could not stop watching these two.

And Minnie Driver came on a week before shooting. I was panicked. I did not have the mother yet. I could not find the right woman. I needed someone young because she had her at 17. I mean, you look at them and they look like mother and daughter. Yeah, she’s dope and hysterically funny. But she’s also a singer as well. So this world is familiar to her and she really wanted to be a part of it. She’s an Oscar nominee. I mean, ‘Good Will Hunting.’ Also, most people don’t know Minnie spent the first 11 years of her life living in Barbados. She has a very natural, organic connection to us [Laughs].