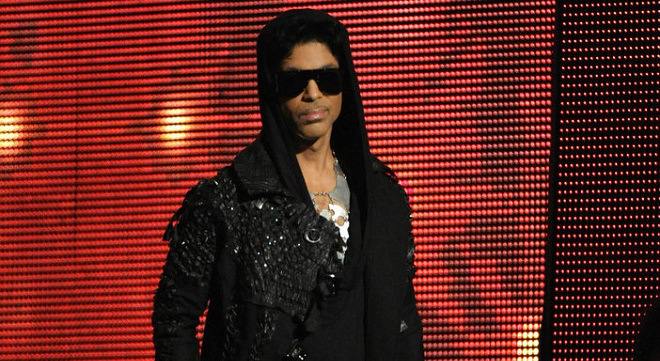 In the last few years, the Grammy Awards have been upstaged by the drama preceding them – from Chris Brown’s 2009 beating of his girlfriend Rihanna to last year’s tragic death of Whitney Houston the night before. This year, no such drama happened beforehand and what went on during the show itself was pretty tame. That might have been due to the now infamous memo CBS issued to artists presenting or performing on the show that established a new dress code that included no visible “butt cheeks” or “side boobs.” Here’s what did stand out on music’s biggest night.

LIFETIME ACHIEVEMENT IN FASHION: Jennifer Lopez, who took the memo seriously but still managed to look sexy as all hell by showing off one well-toned leg in a one-shouldered black dress slit almost to the panty line.

DAPPER RAPPERS: Nas, Wale, Nelly, Meek Mill and John Legend all came dapper. Maybe they took the memo seriously but hip-hop and R&B surely came clean. But we give the edge to Trey Songz who walked the red carpet in a nicely tailored black suit that recalled the good old days of Motown’s well-dressed acts. Has hip-hop and R&B grown up?

DASHING DUO: While we liked LL and his wife Simone, we give the win to Jay-Z and Beyonce if only because she went against her usual divalicious gown and rocked a geometric black and white top with black pants and a ponytail.

JAH LOVE: Rihanna, Damian Marley, Ziggy Marley and Bruno Mars did the Bob Marley tribute, which was one of the better performances of the night; they did Marley’s “Could You Be Loved.”

SWAG AWARD: Jay-Z sat most of the night with a snifter, then put it down, went on stage, rapped with Justin Timberlake and sat back down with his wife afterwards.

CRAZY LOVE 2013: Four years ago, Chris Brown was arrested for beating up Rihanna the night before the Grammys. Cut to 2013 and the two attended the show together, seated in the front row. But let’s not forget TLC rapper Lisa Lopes and NFL star Andre Rison stayed together for years after she burned down his Atlanta mansion after a domestic dispute.

LET THE CHURCH SAY AMEN: Mavis Staples performed “The Weight” with Britney Howard of the Alabama Shakes and Elton John blowing most of the stage and just about all the other singers away during her part of the performance.

FASHION POLICE REPORT: Adele will live to regret the embroidered red floral Valentino dress with a full skirt which made her look as though she’d created her outfit from her grandmother’s couch. The fashion police on Facebook have already issued a summons.

BEST LINE OF THE NIGHT: Jennifer Lopez, after flashing her bare thigh said “As you can see, I read the memo.”

50 SHADES OF SHADE MOMENT: Jay-Z, picking up his award for “No Church in the Wild” said to The-Dream who had on a “Boyz in the Hood” hat on top of a “Parental Advisory” knit cap, “I’d like to thank the swap meet for that hat.” (Swap meet: a cheap commercial market, best known in L.A.)

OCEAN OF WTH?: Critical darling Frank Ocean who only picked up one award whistled his way through a lackluster performance that had his fans scratching their head.

R&B ON LIFE SUPPORT: Though there were several performers of color including Jay-Z (with Justin Timberlake) Bruno Mars and in the end LL, R&B was pretty absent from the Grammy Awards this year. Is R&B dead or has it been co-opted by the likes of Justin Timberlake, Adele and Kelly Clarkson all who had center stage on the show?

MUCH RESPECT: All Prince came out to do was present the Grammy for Record of the Year and he still got a standing ovation. He also wore a hood, dark glasses, a black distressed jacket with a hood and he carried a cane. He still sent female timelines into a tizzy. The Australian artist Goyte, who won for the breakup anthem“Somebody That I Used to Know,” thanked Prince for inspiring him.