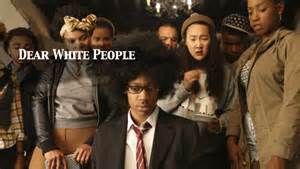 The film tackles having a racial identity in a so-called post-racial America while one creates an unique path in this world.

“Justin Simien is a funny, fresh and current voice with his finger on the Millennials’ pulse,” said Roadside’s Howard Cohen. “His crowd-pleasing Dear White People took Sundance by storm, with its sly and extremely topical satire sparking conversations about our supposed ‘post-racial,’ 21st century America.”