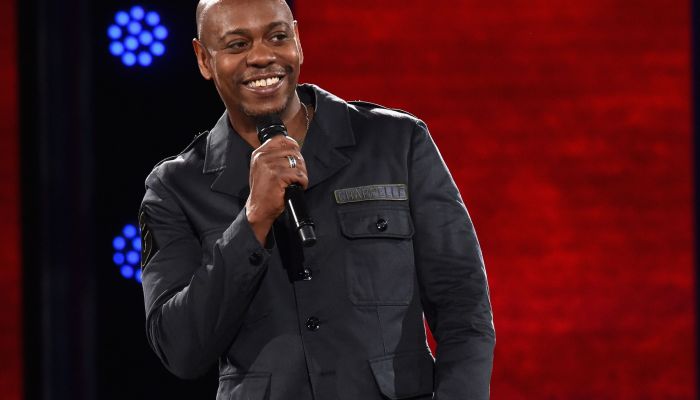 Relax Dave Chappelle fans and R. Kelly haters. In spite of our headline, Chappelle says that even though the singer and his “goons,” err, crew, confronted him over his infamous “Piss on You” skit, things never got physical.

And why is that you may be asking? Because Dave’s sense of humor definitely saved the day.

Here’s what TMZ is reporting:

The comic hopped onstage at the WeHo Improv Wednesday night with his friend and “Chappelle’s Show” costar, Donnell Rawlings. Dave revealed Kelly and his crew approached him in Chicago — during a Common concert — and made it clear they were, umm … pissed about his “Piss on You” skit.

Dave says things never got physical, but he says Kelly grilled him about the skit and asked how he could possibly have done such a thing.

The irony of that question was not lost on Dave, who had the most awesome and hilarious response. Check out the video … classic story.