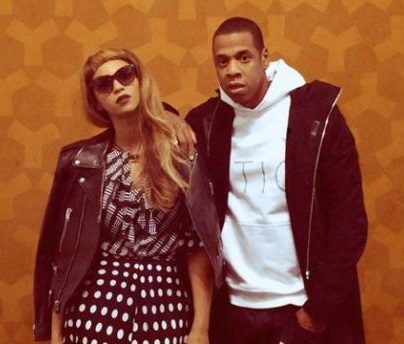 They may not have posted it on Instagram, but People magazine is reporting that Jay-Z and Beyonce, wracked by rumors their marriage was in trouble despite a successful joint tour, have renewed their wedding vows.

The couple, who wed on April 4, 2008 were Forbes’ top grossing couple of this last year. They have been rumored to have had problems since Solange Knowles‘ infamous elevator fight with her brother-in-law after the Metropolitan Museum Costume Institute Ball earlier this year in New York City.

They did have major problems,” People says a source close to the couple confirmed. “But they worked it out and they’ve renewed their vows.”

After their last ‘On The Run’ tour stop in Paris in September, which was filmed for an HBO special, the couple has reportedly been house hunting, as well as visiting museums and hanging with their 2-year-old daughter, Blue Ivy. They are rumored to be working on a joint project but neither camp has confirmed or denied it.

The source also confirms that the Carters are house-hunting in Paris, where Jay-Z told fans they got engaged and Blue was conceived. That insider also says that while the couple has their issues, they worked things out “for the sake of their reputations and their daughter.”