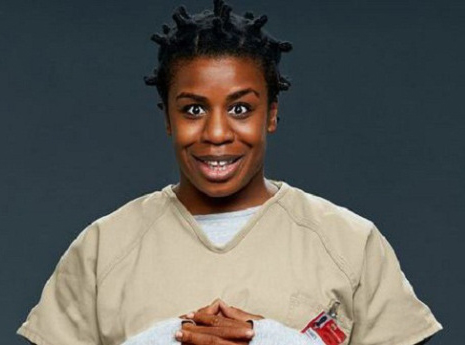 The star of the hit show, ‘Orange Is the New Black’ Uzo Aduba is widely known for her character ‘Crazy Eyes’, the bantu-knotted inmate who’s known for her quirky behavior, including “marking her territory”, has quicky become the fan-favorite.