Cosby Representatives Claim Trial was “Most Racist and Sexist” in US History
POSTED BY WLAS September 26th, 2018 0 COMMENTS 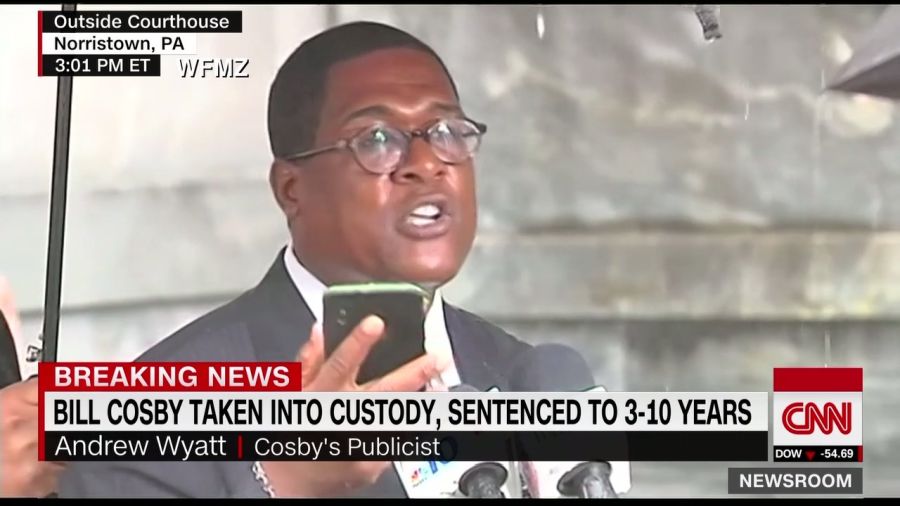 “I believe and think it is important to point out that this has been the most racist and sexist trial in the history of the United States,” said Andrew Wyatt, Cosby’s publicist. He claimed that some of those who testified against Cosby were “white women who make money off of accusing black men of being sexual predators.”

Wyatt also tied Cosby’s verdict to the accusations leveled against Supreme Court nominee Brett Kavanaugh, claiming both were victims in a “sex war.” He did not elaborate.

Wyatt later referenced the persecution of Jesus, saying, Cosby “knows that these are lies. They persecuted Jesus and look what happened. Not saying Mr. Cosby’s Jesus, but we know what this country has done to black men for centuries.”

Ebonee Benson, another PR representative, read a statement on behalf of Cosby’s wife, Camille Cosby. Camille was not in court for the sentencing.

Camille’s statement decried “falsified evidence,” claiming that Cosby had not been granted his right to a fair trial.