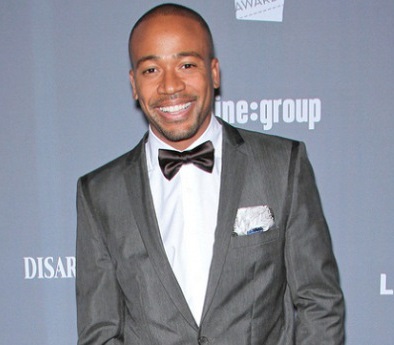 It’s a good thing that Columbus Short made the most of his time in Barbados at the Crop Over Festival (Rihanna, who is, of course, Bajan, participated last year) because he’s now behind bars, reports TMZ.com.

“I literally went to Barbados for an HIV charity,” he told California judge, according to the NY Daily News. “I was between a rock and a hard place: the rock being court and the hard place being Barbados and 2,000 kids waiting for me to get there.”

The 31-year-old actor had a warrant out for failure to appear in his ongoing domestic violence case with estranged wife Tanee McCall-Short. After missing not one but two scheduled court dates, Short knew he was in trouble, but headed to Barbados instead, where he partied hard. Upon arrival back in the U.S., Short turned himself in. Bail in both cases is a combined 540K.

Instead of bonding out, Short decided to plea no contest to domestic violence charges. He was sentenced to three years probation, 30 days of community labor in lieu of 45 days in jail and must attend Alcoholics Anonymous meetings, complete a year-long domestic violence program and stay away from his ex.

Turns out, he couldn’t make yet another court appearance since he was in jail, so he has to make the 250K bail in that case as well. That case stems from a Los Angeles bar fight last March when he was accused of assaulting another man after Short claimed he “disrespected” his wife.

And as viewers know, when Scandal returns in September, he’ll be a dead man…at least on the show. His character, Harrison Wright, was in jeopardy when Season 3 ended. While Shonda Rhimes has released no other Season 4 spoilers she has confirmed that Harrison is definitely dead.

No word yet on whether Short can make bail.