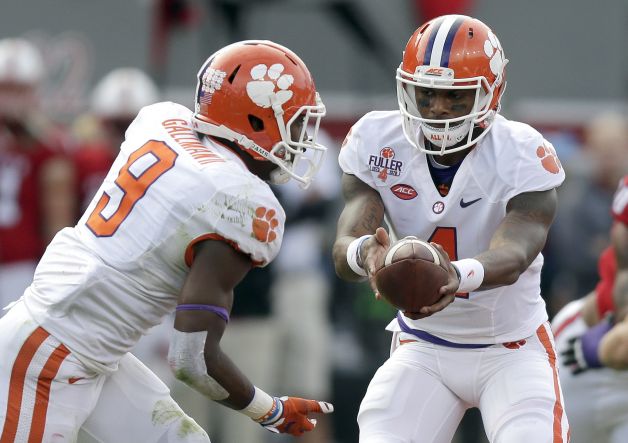 Watson threw for 383 yards and five scores, and also ran for 54 yards and a touchdown for the Tigers (8-0, 5-0 Atlantic Coast Conference), who are closing in on an appearance in the ACC championship game and chasing a College Football Playoff berth.

The Tigers host No. 17 Florida State next week with a chance to wrap up the ACC’s Atlantic Division title.

Wayne Gallman ran for 172 yards and a touchdown for Clemson.

The Tigers led by 20 after halftime and finished with 623 total yards, spending the final quarter answering desperate scoring drives from the Wolfpack (5-3, 1-3) to remain in firm control.