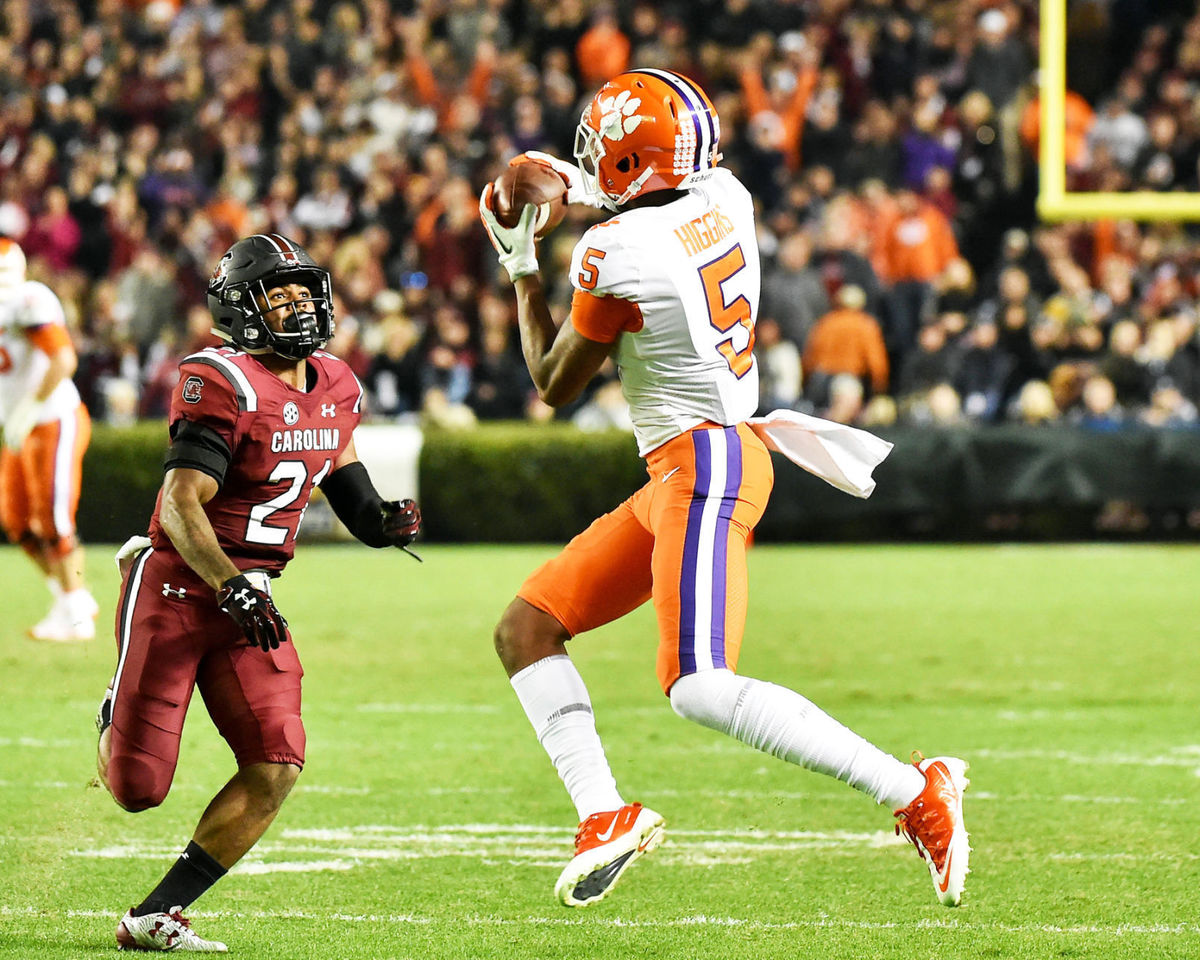 The Clemson Tigers won against South Carolina Gamecocks Saturday on the gridiron.

The teams met up for the 115th time in the Palmetto Bowl in Columbia.

Before the game, the hosts of the SEC Network’s “SEC Nation” made their predictions about who they think would win Saturday’s game.

Finebaum and Tebow picked the Tigers, and Spears went against them, picking the Gamecocks.

Clemson came into the game 10-1 while the Gamecocks are 8-3.

The Palmetto Bowl is the official name of the annual football game between the Tigers and the Gamecocks.

With their first meeting in 1896, the Clemson-South Carolina rivalry is the second longest continuous rivalry in Division I college football and the longest uninterrupted rivalry series in the south.

Although the game is presently scheduled for the final weekend in November and teams alternate hosting the Palmetto Bowl, the game was played on Thursdays in Columbia from 1896 to 1959.