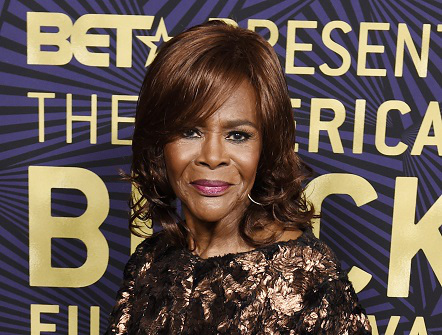 The Hand & Footprint ceremony for actress and activist Cicely Tyson took place on Friday, April 27 at the TCL CHINESE THEATER IMAX. As part of the ninth annual TCM Classic Film Festival, the 1972 film “Sounder” Cicely Tyson starred in was screened with Tyson in attendance.

At 93 years old, it seems the reverence of Cicely Tyson and it was long overdue to have her hands and feet cemented outside the TCL Chinese Theatre along with other legendary stars.

Tyson said many years ago before becoming a well-known actress, she marveled at pictures of the hands and footprints of stars at the theatre.

“Never dreaming that one day I would be asked to do the same,” she said during her ceremony.

Cicely Tyson was very stylish and all smiles as her hands imprinted the cement during the ritual. She wore a blunt cut grey and black bob, along with a statement piece floral outfit and python pumps showcasing her ageless style. Miss Cicely Tyson who is the lone standing member of her family is not one to play it safe with her style at age 93 and looked absolutely fabulous.

Tyson is best known for her performances in “Roots” and the Autobiography of Miss Jane Pittman and has worked in the industry for more than 60 years. She has received many accolades and nominations throughout her career, from being a Tony and Emmy Award winner to being nominated for an Oscar and a Golden Globe. TCM Classic Film Festival has paid homage to top performers in film for the past eight years. Some of the previous honorees include Peter O’Toole (2011), Kim Novak (2012), Jane Fonda (2013), Jerry Lewis (2014), and Christopher Plummer (2015.) 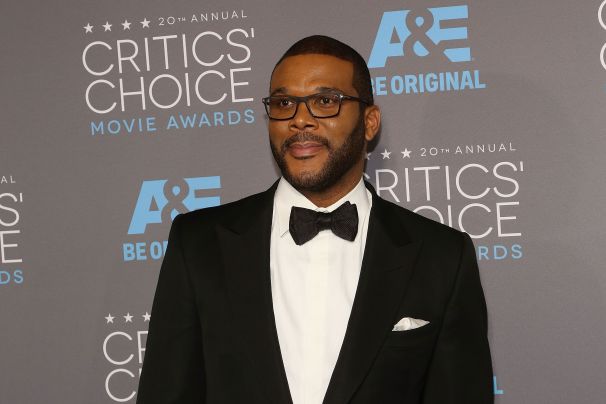 During the Tribute to Tyson by Tyler Perry, he recounts a funny story of being on set with Tyson. While shooting “Alex Cross,” where Cicely played his characters mother, the director asked her to grab Perry and spin him around. Perry says of the encounter:

“I’m thinking I’m 6’6 pure muscle. [Laughter] How is this little 5 foot something woman gonna grab me and spin me around?” Surprisingly Cicely didn’t have to wait for the director’s countdown to surprise Perry with her strength. “You have to be strong to be in this business over 60 years,” says Tyler Perry during his tribute.