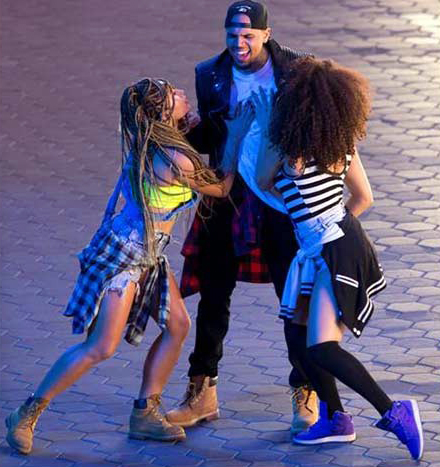 Chris Brown finally threw something that didn’t get him in trouble … his cap, because he’s graduated from an exclusive anger management rehab school in Malibu … and he’s back to making music.

Brown was at Universal City Walk shooting a music video over the weekend.

Chris has completed his 90 days of live-in rehab, after the judge in the Rihanna beating case ordered him to attend … or else.

You’ll recall … Chris entered a rehab facility on his own, shortly after getting arrested for assaulting a dude in D.C., but he was booted out after going into a rage and throwing a rock through his mom’s car window.