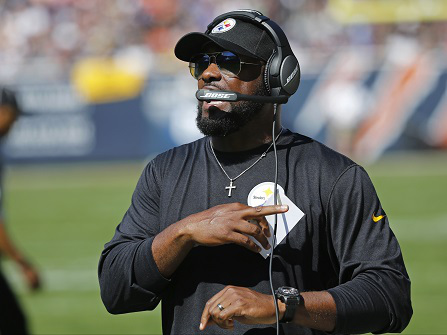 Paul Smith of the Muse fire company in Cecil Township wrote on Facebook that he added Tomlin to a list of “no-good” people he describes with the slur. Smith says he was upset that Tomlin had instructed his team to stay in a stadium tunnel instead of standing on the field for the national anthem ahead of Sunday’s game against the Chicago Bears.

The Cecil Township Board of Supervisors says on its website Tuesday that Smith “is no longer the volunteer fire chief.”
The Pittsburgh Post-Gazette reports Smith resigned. He tells the newspaper he’s “not the racist the media portrays me as.”

He adds he “posted in anger.”