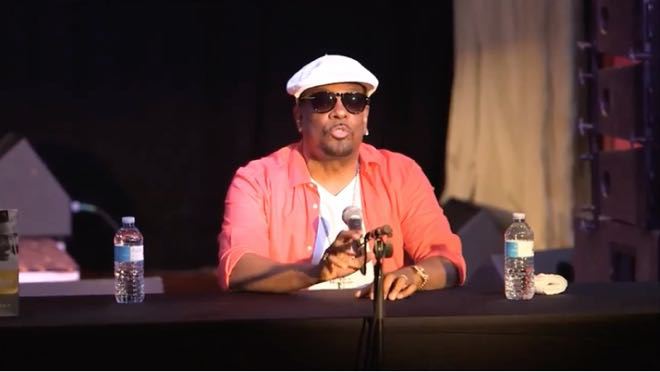 Former Gap Band icon turned successful solo act Charlie Wilson knows a little something about addiction. He battled it for years and is, today, drug-free. He spoke briefly on the speculation that Prince may have succumbed to prescription drug addiction in the last years of his life, possibly due to hip and ankle problems.

Though nothing has surfaced yet to prove or disprove any abuse and Prince was well-know for his almost monastic lifestyle in recent years, Wilson says that eventually the truth will come out. As a former addict, he says that today, he won’t take any drug at all, no matter what.

He told an audience during a session of “Sybil’s Book Club” on The Fantastic Voyage 2016 that he really declined during his addiction.

Wilson says that he’s fortunate that he was able to do what Rick James, who he says was a good friend, couldn’t do. James ultimately succumbed to addiction after years of heavy drug abuse. Wilson said that James once cried in his presence. Here’s what he had to say about James’s struggles and their friendship.