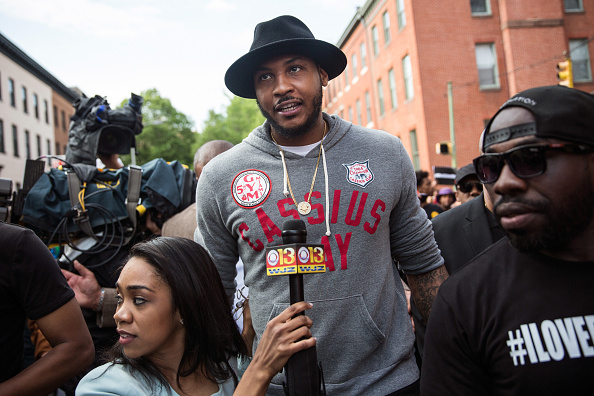 From The Associated Press:

A coalition of media organizations, including The Associated Press, is seeking the release of more information about the death of Freddie Gray from the Baltimore Police Department. The other media seeking the records are The Baltimore Sun, Bloomberg, BuzzFeed, NPR, The New York Times, The Wall Street Journal, The Washington Post, and WBAL-AM, WBAL-TV and WJZ-TV in Baltimore.

An attorney for the group sent a letter Thursday evening to the department, arguing for the release of reports, documents and other materials about the case. In particular, the organizations sought the immediate release of the police department’s report to State’s Attorney Marilyn Mosby as information that would serve the public interest.

The letter said, “This is a matter for which no review should be required because there is enormous public interest in and an expectation of transparency with regard to this matter, and release of the document would therefore only serve the public interest.”

Capt. Eric Kowalczyk, a department spokesman, said the matter was in the hands of the agency’s legal affairs department. He also said the department is processing requests for information as quickly as possible.

The second passenger in the police van with Freddie Gray speaks out: